2 out of 3 Regret Their College Degree 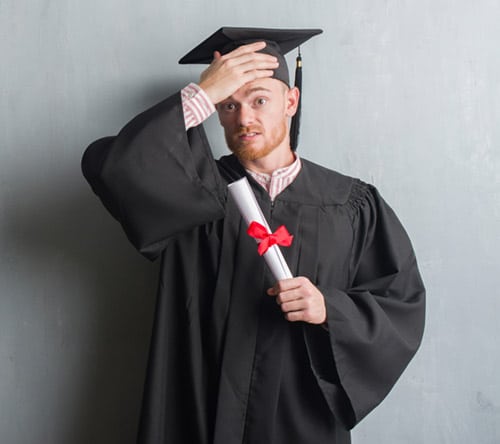 Unless your degree is in science, technology, engineering or math, you have a 66 percent chance of regretting that you ever went to college.[i]  And that is in large part because the degree earned provides an insignificant difference in income earned.

Take for example a registered nurse.  They will spend somewhere between $40,000 -$100,000 on their degree, depending upon the program in which they enroll.  In 2018 these RNs earned between $48,690 and $104,100 annually,[ii]  which means that the cost of their education is proportionally balanced to their earnings. 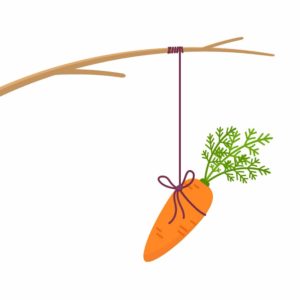 This higher ratio of debt to earned income holds true for many college degrees, both under graduate and graduate alike.  If fact, this high ratio of debt is so common that it has become a theme of politicians who are seeking votes to hold the carrot of student loan debt forgiveness out in front of those strapped with all that debt. And as crazy as this may sound, many of those debtors think this would be a viable option.

But nothing is free in this world.  And so, imagine the cost of such a program.  With student loan debt exceeding $1.56 trillion[iv], who would ultimately bear the burden?  If you said “the American tax payer” you are 100 percent correct!  And at the current debt level, the cost would be $4,875 for every man, woman and child living in the United States.  Here’s the problem with that low-ball number.  Only productive working adults will pay the cost of any government backed loan forgiveness bailout and so the real cost would be $10,173.00 for every hard-working American.

There is a better solution. The average American woman becomes a parent in the U.S. at age 26.  For men it is at age 31.[v]  So what if these young parents began saving money, for their child, as soon as their child was born. Let’s say they saved $150 a month by purchasing a Participating Whole Life Insurance policy on their own life, paying the premium for 18 years.  By the time the child is college age the parents would have enough money saved to pay cash for their child to attend an in-state college and get their 4-year degree.  In state college costs today run only $9,410 a year.[vi]

And if the parents used a Participating Whole Life Insurance (PWLI) policy to keep that money, by paying $150 a month in premiums, then the death benefit would be there from day one to cover even more than college expenses for their child…if the parent should die before their child reached college age.

But here’s the good news.  By keeping that $150 a month in a PWLI, the money borrowed against the policy for college, doesn’t keep the parents from earning a rate of return on all the money they paid into that policy.  And so, after 4 years of college the death benefit is still over $160,000.

Then paying back the college loan over 10 years at 7.60%, which is currently an average rate for an unsubsidized student loan,[vii] the parents would add an additional $128,873 (tax free) to their retirement package by age 67. And if they delayed taking distributions from their life insurance policy till age 70 then there would be $150,716 of tax-free money to supplement their retirement.

When you realize that most Americans regret their college degrees, you can save even more by keeping your money in a PWLI that doesn’t require you to spend it on educational costs or take Required Minimal Distributions at age 70½.  That will provide even more money for you, tax free, at retirement time.

PWLI has gotten a bum rap from many who don’t understand how it works or why you would want to own it.  But that doesn’t keep the wealthy from using it to protect, keep and build their wealth. And what the wealthy do with PWLI, you can do too, at your own comfort and affordability level.  Using it will you give you more money to spend, as you chose and when you chose, than if you don’t.