7 Levels of Control That Determine YOUR Success 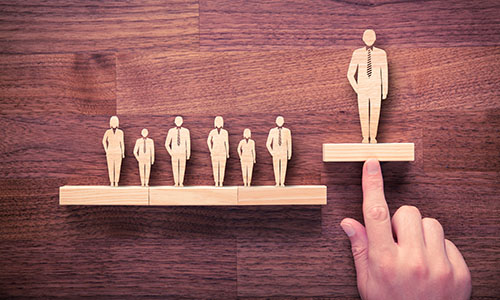 A man greatly admired by our current president and Hillary Clinton was a genius when it came to defining control.  We can learn a lot from this man even though he died 40 some years ago.  His name was Saul Alinsky and his methods of control are being heavily promoted today throughout our society.

For those who are looking for the quick notes here is a list of Alinksy’s 7 Levels of Control:

Alinsky was brilliant in his ability to differentiate these 7 Levels of Control, but his purpose was NOT to empower you to become more successful.  NO, Alinsky’s goal was the exact opposite!  His motive was to control you completely so that abundance would not become the expected norm.  Today his 7 Levels of Control are almost universally championed as YOUR RIGHTS which society must provide you with instead of YOUR RESPONSIBILITIES, which you have free right to exercise and in doing so create unlimited success.

Think about it.  Which of these 7 do you still control completely?  Is it your healthcare, your participation in the national debt, the right to defend yourself or your education, that is free AND compulsory?

I would wager to say that you and I are in absolute control of none of these because as a society:

Paradoxically something as silly as team loyalty can become cause enough to kill, maim or destroy another human being because of these 7 Levels of Control being OUT of Control.  Tragically, if we continue to allow the thought police to manipulate these 7 Levels of Control we will continue to witness the demise of our health, our wealth, our national and personal economy and our ability to defend ourselves against serious ambush.

If we continue to do nothing we will endure ongoing deterioration of our education as it continues to be replaced, more and more, with simple schooling, and any beliefs we deem worth sacrificing for, including our most personal relationships, will become extinct.

But imagine what can happen when you take command of these 7 Levels of Control personally!   …when you step up and start governing your own emotions and thoughts instead of allowing the flash mob to standardize you.  …when you start building bridges instead of being herded along. …when you purposely stand up for your convictions and stop compromising your own earnestly held beliefs.  …when you stop taking yourself so seriously and can actually share with others who are reaching out to you to build bridges. That is when you will  begin to really sense what success is all about.

That is why we are so motivated to share about The Perpetual Wealth Code™ here at Life Benefits because your success is MORE important than mere money!  Success is about you being in control of your life.  And being in control depends so little on what your circumstances are and so much more on what is happening inside of you that we refuse to merely talk about money and compromise your capacity to succeed.

The 7 Levels of Control That Determine YOUR Success are the same 7 things that many prefer to allow others to determine for them. But successful people, people who experience true health, wealth and abundance have discovered that maintaining control over these 7 areas in their life creates massive amounts of success and fulfillment.  And that is why we invite you to experience The Perpetual Wealth Code™ for yourself and regain the CONTROL that belongs to you.  Click here to discover more about The Perpetual Wealth Code™.