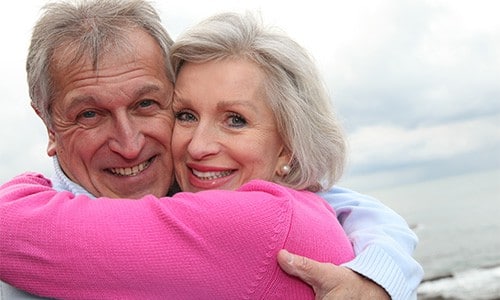 Anniversaries can be awesomely cool or memorably haunting.

But there are some anniversary dates that aren’t so cool.  In fact some anniversaries are bad. Take for example: October 24, 1929; (The Great Depression) March 11, 2000; (The Dot.com Crash) and more currently September 16, 2008 (The Great Recession.)  These anniversary dates are so haunting that they’re downright ugly and nobody celebrates them.  In fact, most people try to forget them and hope they never happen again.

Today, as I pen these words September 9, 2015, the 8th and 10th largest single day market corrections in U.S. history have occurred on Wall Street within the last 2 weeks.  The Dow fell by more than 500 points on back to back days of trading.  This had never happened before, ever!  Robert Shiller, Noble Prize Winner and Yale economics professor, broadcast live on CNBC this morning that “this is a dangerous time” and fully anticipates the Dow will continue its decline another 30%.

But what does anybody know about the future?  Not much really.  All anybody can know is that history tends to repeat itself.  And that is what creates anniversaries.  Keeping the haunting anniversaries at bay and basking in the cool ones is the key to experiencing and enjoying more of what life has to offer.  That is the path towards real happiness and prosperity.

So what can you do to make that happen for you?

First, and foremost, you must discover for yourself the secret my mother shared on her 69th anniversary.  Then you will be able to confidently say, “They can have my own way.”  In reality, this is rather quite simple.  However, “Simple doesn’t make it easy” as Einstein indicated.  So how can “Having My Own Way”[i] become your prerogative so that all your anniversaries become awesomely cool instead of so memorably haunting?

Before civilization came along the only way to progress in life was to pillage and plunder what another person or society had accumulated.  This was and remains the main cause of wars, social, civil and domestic unrest…even today.  “You don’t have because you don’t ask, and when you do ask you ask to consume it all yourself” is age-old advice that has created progress for at least the last 2 millennium.  The trick to “Having My Own Way,” however is making sure that others in your life get what they need and want because by producing what others need and want you too will get more of what you need and want in life.  In fact, you will receive more than what you could ever gain through the plunder and pillage of somebody else’s property.

This is the golden rule of a civil society and it is also the key to “Having My Own Way” (aka wealth.) When this concept is adopted by a couple, a family, a society or a nation, then everybody has got everybody else’s back covered.  In fact, watching out for the other person’s back becomes your main prerogative.  That is the reason my mom could say, “I’ve always let him have my own way.”

This simple philosophy of life is called mutuality.  It is how and why people progressed from barbarianism (plunder and pillage) to capitalism (producing and providing things and services that others want and need.) And it is the best way for you to move from a lower income level to a higher income level without taking advantage of others while accomplishing your goals and dreams.

Mutual Life Insurance Companies understand this concept well.  That is why they are so strong regardless of what anniversary conditions are happening in the marketplace.  They exist for the sole purpose of “covering your back” not for the purpose of pillage and plunder.  Profits produced are given back to the policy owners in the form of a refund of premiums paid (aka a dividend) and can be used to purchase more coverage.  This provides the only tax preferred first in first out (FIFO) financial tool with a death benefit that continues to increase the longer you own your policy.   And because mutual companies provide the policy owner with a unilateral contract you can always say at each policy anniversary “I always let them have my own way.”

[i] Leonard Read’s Book with this title