Are Wedding Loans Worth It? 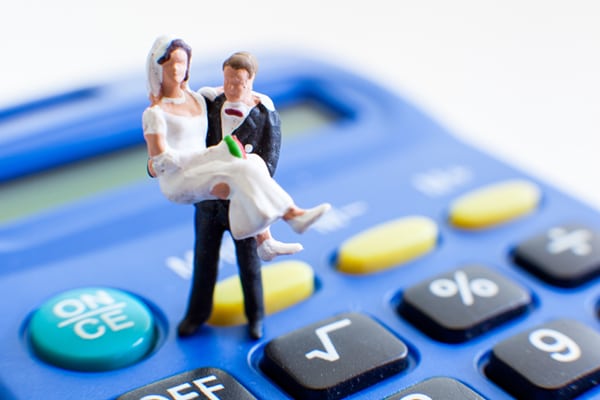 In the last year alone wedding loans have increased by 144%[i]. As for interest rates on these unsecured loans, they typically start around 5% and can go up to 14%. That’s a lower interest rate than some might pay on a credit card.   That being said, how smart is it to begin your marriage with this kind of added personal debt?

In the past, the bride’s family paid for most expenses in an American wedding.  With traditional values being altered and more and more mixed families, the meaning of the bride’s family covering the cost of the wedding has lost its significance, for many.

Then there’s the whole idea that a marriage ceremony has to be an extravagant entertainment exhibition that often makes the fact that marriage vows are being exchanged pale in comparison.  Keep in mind that a marriage performed in a back-yard ceremony by a justice of the peace is just as valid as a massive ceremony performed by your favorite mega pastor or politician.  So, what are you paying for?

Here’s what you need to know.  Today, on average, Americans are spending between $35-$40,000 on the wedding!  Think of that.  That is enough money to make a decent down payment on a home in most parts of the country, and plenty enough money to purchase a new automobile.  To add to that, remember there is no correlative data to support that an expensive wedding ceremony lends to a happier or more fulfilling marriage.

So, if you decide to borrow the average $37,500 so you can put on an exotic wedding ceremony, you also need to understand the long-term costs of such a decision.

As the average length of marriage in the U.S. has dropped to only 8.2 years[ii], that could mean you barely get your first wedding paid off before you think about financing the cost of another one.  Of course, that is being a little bit sarcastic, but when money is cited as being the number one reason for divorce in America, it may not be too unrealistic of a thought.

Really though, what makes a good marriage?  Thousands of couples throughout history and around the world, have stood up before two or three witnesses and repeated their vows to each other, vows that they have honored and kept till death took one or both of them.  Based on that evidence, how much money is really necessary to make a happy marriage?

The answer to that should be obvious to all. And yet, I don’t know of any loving parent who doesn’t desire to support their child by financing their wedding.  And because even a modest wedding today can be more expensive than many Americans can comfortably afford, it is wise to plan ahead.

And there is no better place to keep your money for such an event than in Participating Whole Life Insurance.  Here you can leverage cash values and pay for your child’s wedding and still earn a return, plus dividends, on your policy.  Try that with a 401(k), IRA, 403b or 527 plan.  Bang, you’ll get hit with a 10% penalty and income taxes! Plus, you will stop earning anything on the money you borrowed, losing that compound growth forever.

Planning for a wedding shouldn’t be a last-minute thought.  Fly by the seat of your pants here, and it’ll end up costing you a lot of extra dollars.  But with the proper desire, determination and discipline you can avoid paying that $13,000 of interest to somebody else because you took the time to plan ahead for your child’s wedding.  Besides, if you die before then, there will be plenty of money to send the bride down the aisle in style, and that’s the cold, hard facts of the matter.