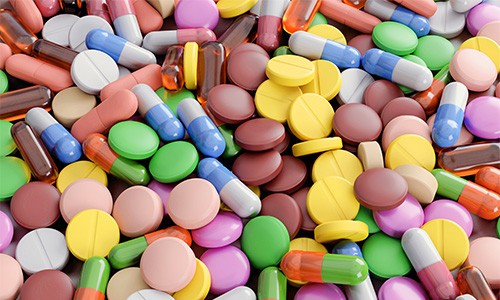 Life is a risk.  Some risk is scarier than other risk, but never-the-less, all risk is uncertain.  We recently had some pretty scary risks occur in our life.  A long-time friend came to visit us and ended up falling, not once, but twice while visiting in our home.  The first time the only damage done was an uncomfortable night for our guest, sitting upright in the bathtub. That’s right, unable to arouse anyone to help remedy the situation and unable to get up without assistance, our guest spent the night sitting in the bathtub.  Come morning time, it took four fire and rescue team members to rectify that first fall.  However, the second fall, less than 10-hours later, was less fortunate.

It turns out that falling and striking your head on the hinge of a door can produce a skull laceration that bleeds profusely. Fortunately, this second fall was overheard by one of our family members so help was on the way in minutes. This time the rescue team was composed of four men in the family.  Appreciatively, we were able to stop the hemorrhaging and rushed our friend to the local ER where 11 stitches patched the laceration and a precautionary CT scan revealed no concussion or other cerebral causes for the recent falls.

Wow!  Two encounters that could have met with death, all within a short 10-hour period, right here in our very own home.  That’s scary!  But think about it.

According to the American Medical Association, over 290 people die every day from prescription drugs,[i] and over 35,000 people die in America every year from automobile accidents,[ii]  while falls kill another 27,000 according to the CDC.[iii]

As stated earlier, life is a risk.  But those who prepare themselves for the risks that life presents are much more likely to survive and thrive than those who don’t.

Not running to the doctor for every sniffle and trivial incidence can add years to your life because you are not subjecting yourself to the risk of taking more prescriptions drugs.  Driving defensively and cautiously can keep you alive on the road longer than if you are aggressive and prone to driving while being under the influence of medications, alcohol or other drugs. And keeping yourself in good physical shape and making sure you work on balance exercises can reduce your risk of taking a fall which could result in death.  But even still, accidents happen and you need to be prepared to absorb the risk financially as well as physically, emotionally and spiritually. You don’t want to be left hanging high and dry.

About 60% of Americans own life insurance, but according to the latest Bankrate Money Pulse survey, “nearly half of them have insufficient coverage to address the financial needs of their family.”[iv]  Which means, 70% of Americans are not prepared for the risk that we all face…death.  That’s insane!  There is no reason to risk such a financial disaster when life insurance rates are lower than ever.

But the blame for this financial disaster is not necessarily the consumer’s fault.  “Traditional life insurance has fallen by the wayside; it’s not what companies want to market today,”[v] says Brendan Bridgeland, director for Insurance Research, a nonprofit consumer organization based in Cambridge, Massachusetts. Companies tend to market their “sexier”, more complex product lines, like Indexed Universal Life and Variable Annuities, which expose the company to less risk which the consumer assumes when they purchase such products. Being more complex, these products are more difficult to understand.

You can avoid disaster. Call 702-660-7000 now to find out today how inexpensive life insurance really is.   Being underinsured, or not insured at all, is simply NOT worth the risk.

[i] The Journal of the American Medical Association Vol 284, #4, John Hopkins School of Hygiene and Public Health