But The Experts Say… 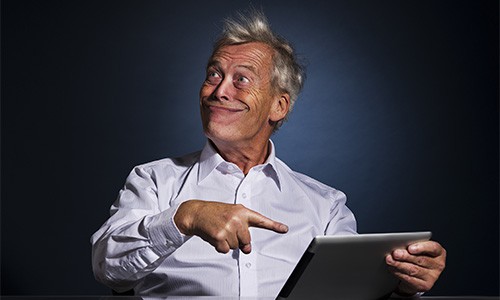 The recent suspension of Brian Williams from Nightly News for his tampering with the truth has been a breath of fresh air for many Americans.  But what about all the other “experts” out there who make a living telling lies?

Maybe the money experts know you better than you know yourself?  Or perhaps they just don’t know as much as they’d like you to think they know!   Either way the fact remains that you can lose a large amount of wealth and productivity by allowing other people, even experts like CPAs and Financial Planners/ Advisors, to control your money instead of you controlling your money yourself.

For example on December 29, 2006 a highly respected market forecaster wrote these words,

“Housing ‘bubbles’ typically do not ‘pop’ rather prices deflate slowly in real terms, over several years.  Sellers tend to want a price close to recent sales in their neighborhood, buyers, sensing prices are declining will wait for even lower prices.”[i]

But by mid March 2007, at it semiannual Global Financial Stability Report the International Monetary Fund reported that the falling U.S. housing prices could “Lead to losses of  $565 billion and when combining these factors with losses from other categories of loans originated and securities issued in the U.S. related to commercial real estate, the IMF puts potential losses at $945 billion.”[ii]

To put it bluntly ALL BUBBLES DO POP…eventually. And the real estate bubble did pop in early 2007. It created historical losses for millions of people, not just the $945 billion, which would have looked like simple pocket change compared to the real losses that occurred. Americans “Ended up losing more than $20 trillion worth of financial assets by 2009.”[iii]  But it didn’t stop there.  Global production dropped and 100 million people around the world either fell into, or were prevented from escaping extreme poverty due to the crisis.”[iv]

But that IS NOT what the experts had predicted. And that is precisely the point!

But the experts weren’t long in advising that Americans would soon make it all back again.  Walter Updegrave wrote a piece that basically said, all you have to do is hold on tight and earn 12% annually for the next 6 years on $77,000 and you’ll be right back where you started from before The Great Recession took it all away.

At first glance this sounds like good advice.  But then you realize that six years from 2007 you don’t want to be right back at where you started in 2007.

And that is the key flaw in what most CPA and Financial Planners/Advisors instruct their clients to do.  They simply DO NOT consider the time value of money.   Nor do they relate how the velocity of money and volume of interest can kill you financially or how these factors can work for you when you are in control of your money. Hmm, maybe they don’t know?

What most CPAs and Financial Advisors will tell you, is to “buy term and invest the difference”.  But this advice flies in the face of reality.

Nobody wants to end up poorer in retirement than what you’ve become accustomed to while you are working.  And that is what buying term and investing the difference can end up costing you!

The other option is to take the bull by the horns and realize that if you don’t take control of your own money and begin to recover the cost of purchasing things in your life right now you’re going to end up poorer due to taxes, interest, inflation, fees and service charges working against you.

Pathetically, most CPAs and Financial Planners/Advisors continue to advise their clients to trust somebody else with their hard earned dollars.  In an effort to save you a dime today they are willing to allow you to pay a $1 in the future.  And that spells poverty because the $1 of the future will not be worth what your dime is worth today.

As it is 90% of Americans depend on Social Security Benefits for over 40% of their annual income because the advice of CPAs and Financial Planners/Advisors has gotten them NO WHERE during their productive working years.

By taking control of your own money today and understanding how to make time, volume of interest and velocity of money work for you instead of against you, you’ll be able to produce the wealth you need both now and in the future.   But it takes courage and it’s not for the weak at heart or for the lazy.

Don’t get caught up in the hot air of the “experts.”  Take the bull by the horns and call us today if you want to become more productive, secure your wealth and win your financial GAME.

[ii] The Subprine Lending Crisis: Causes and Effects of the Mortgage Meltdown

[iii] Tufts University, 15 The Financial Crisis and the Great Recession