Collectivism: How It Affects Your Ability To Create Wealth 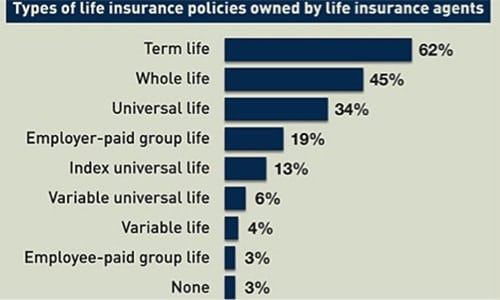 Everyone said it sounded like a splendid idea when this quote was read aloud in my high school political science class.  Many thought it was a quote by Jesus Christ himself.  Yet the same person who wrote that statement also penned these words,  “The only antidote for mental suffering is physical pain.”  And that statement didn’t have such a melodious ring to the ears of my classmates.

Every human being would like good things to happen without any effort on their part.  But life isn’t like that.  Life only gives back according to what you’ve put in.  And that is why “Democracy is the road to socialism” because once the majority of voters in a democracy realize that they can vote away your hard earned dollars and put them into their own pocket, freedom and liberty cease to exist.

By the way the above three quotes came from the late Karl Marx who also affirmed that, “Religion is the impotence of the human mind to deal with occurrences it cannot understand.”  And that “If anything is certain, it is that I myself am NOT a Marxist.”

That last quote is so important because Marx acknowledges that he would NEVER want to live under the economic system that he advocated and sold to the masses as being paradise on earth.  And that brings us to the main point of today’s blog.

Why would anybody sell a life insurance product that they themselves WOULD NOT own? More and more agents are selling and advocating universal life insurance polices but according to multiple studies this is not what most agents purchase for themselves. 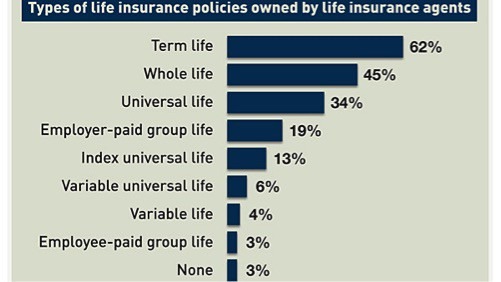 But that is what collectivism always does:  Sell others on what they “need”…but make sure you don’t have to comply by the same rules in your own life. Isn’t that the example Congress and all the politicos in Washington DC have been providing for years?  But it doesn’t make it right even though that is what is happening!

Collectivism, Socialism, Marxism are all one in the same.  They teach that somebody knows better than you concerning what you should wear, eat, do or think.  They also dogmatically state how much money you should make and how much of it you should be allowed to keep once you’ve made it.  Finally, they dictate where you should live and even how long you should live.

The craziness of it all is that because humans are fearful and want somebody else to take care of them instead of exercising their freedom and taking care of themselves, they blindly follow these false prophets promising paradise on earth.  That is because they actually believe they can find happiness by taking away what belongs to someone else, so they can heap it upon themselves.  They completely miss the fact that when the current well runs dry they themselves will become the next target from where the system must extract to give to those who have “greater need.”  This cycle continues, of course, until it self-destructs into nothingness, because “Nothing comes from nothing. Nothing ever could.”  And so collectivism is a cancer eating away at its host until the host is gone and the cancer discovers, too late, that it can’t survive without a host.

Universal Life Insurance products like Variable, Indexed or Interest bearing policies, have this one thing in common with collectivism: They shift the risk away from the insurance carrier and back onto the backs of the policy owners.  This dramatically affects the guarantees any of these universal products provide by exposing the policy owner to higher premiums in the future.   This is all promised in a collectivism way, promising greater returns and higher death benefits, not unlike the promises of free health care, college and a $15 per hour minimum wage in the collectivism platform today.  But the cost of these promises are NOT guaranteed and that means the individual owner of the universal policy can suffer greater losses, typically when such losses are not easily overcome.  And when the policy owner (the host) can no longer sustain the higher demands the collective unit (life insurance company) demands from them their policy collapses and all the money and death benefit is gone.

But those who believe “From each according to his abilities, to each according to his needs” will always be willing to gamble on the abilities of others to produce what he/she could and should produce for herself/himself.  Therefore greedy agents (much like greedy politicians) will always be willing to sell an indexed, variable or interest bearing universal life insurance policy, something they themselves would never own or purchase.  It’s all part of the collectivistic culture where, “The only antidote for mental suffering is physical pain.”

But is doesn’t have to be that way.  At Life Benefits we only design and sell participating whole life insurance policies and/or term life policies that can be converted to participating whole life insurance at a later date in your life when your cash flow is greater.  In this way you become more socially responsible, taking care of those you love with an adequate death benefit while at the same time making sure the money you generate and keep will be there for you in the future, so you don’t have to depend on someone else for your needs.  And best of all, you get to keep and exercise freedom to make even more money along the way, without facing penalties, taxes, fees or service charges.

The Choices are:  Collectivism or Freedom.  I choose Freedom.  Do you?