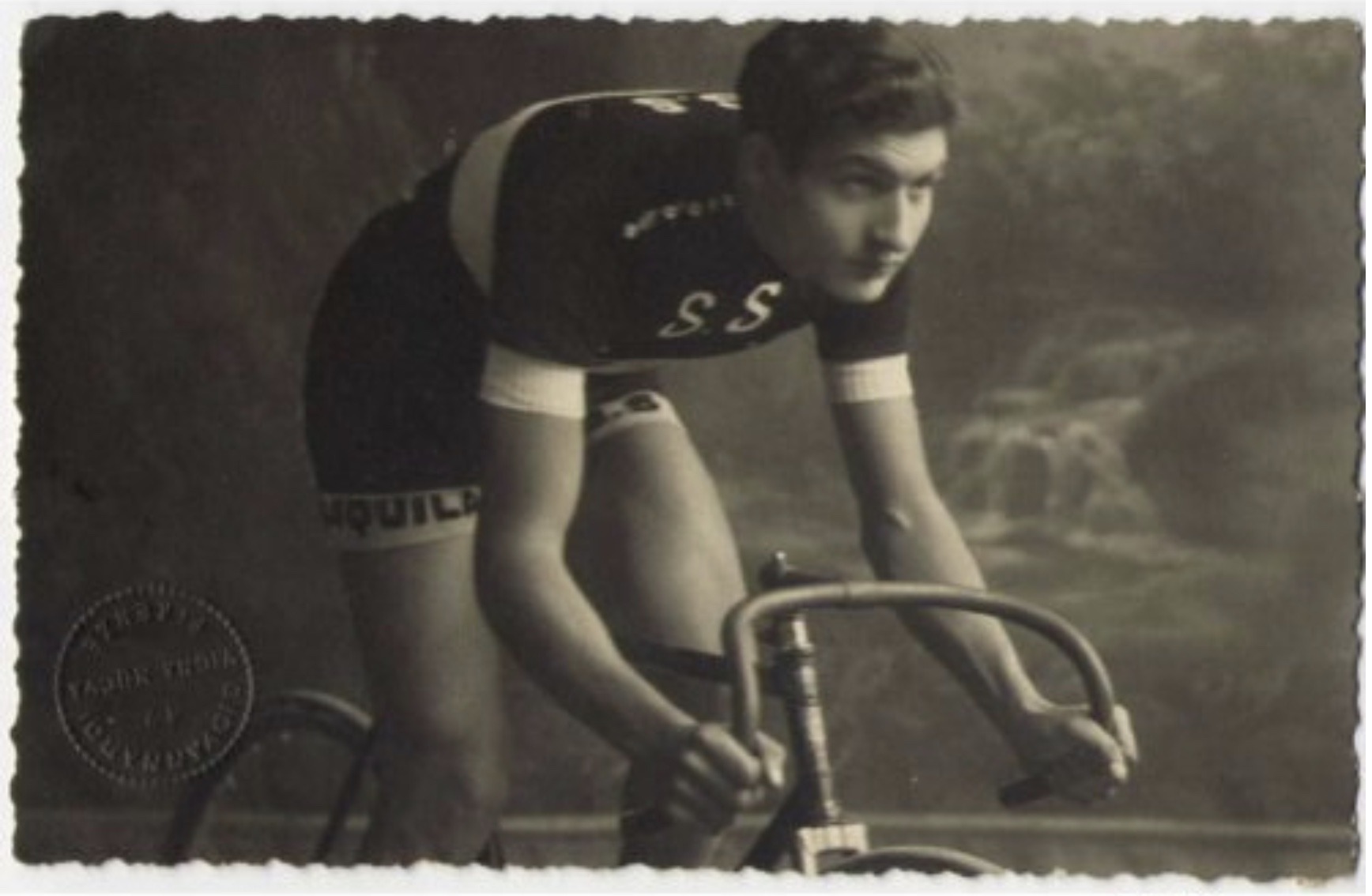 Gino Bartali, was one of the most beloved Italian cyclists of all time winning the Giro d’Italia cycle race 3 times, 1936, 1937, 1946, and the Tour de France in 1938 and 1948.  Bartali finished the 6th grade in the town of Florence, to which he had to cycle in order to attend classes.  While attending his 6th grade, he also worked in a close relative’s bike shop to help with his parents’ expenses.  He was totally absorbed with bicycles and rode his own everywhere he could, as fast as he could. He became so good that people began to beg his father, Torello, to allow him to race, something his parents opposed, as they feared an accident.

The death of his younger brother Giulio in a cycle racing accident, several years later, was a grim reminder of his parents’ caution and became a life-long motivation for Gino to seek a higher purpose in life.  He became known as Gino the Pious due to his fervent religious beliefs, praying before each meal, refusing to swear and discouraging others from swearing as well.

Gino’s hard work, respect for others, careful study of his competition, multiplied by his faith were the reasons he became such a beloved figure.  It was these same qualities which lead him to risk his own life, and the lives of his own family, to covertly participate in the smuggling of Jews out of Italy.  But it was his active role as a courier for an underground network of priests, nuns and others who were helping provide the Jews with counterfeit documents during the Nazi occupation, as well as hiding a Jewish family in his cellar that attracted the attention of Mario Carita’ the Italian SS Official.  Gino was arrested, impounded and interrogated to no avail. Bartali refused to disclose any information or to acknowledge his efforts in this heroic effort. Nor did he provide any information which would have exposed the identities of anyone else who was involved.

Long after the war was over Gino refused to discuss his part in this heroic effort but has been reported to say, “I don’t want to appear to be a hero.  Heroes are the ones who died, who were injured, who spent many months in prison.  I’m just a cyclist.”

Gino Bartali never became affluent as far as money and material possessions are concerned, but nevertheless he was rich.  He was a beloved countryman, a devoted father and the husband to Andriana, his first and only love.  Gino was also respected and called a friend by some of the most prominent people of his day, including the Pope, and the President of the Italian Parliament.

You might not be a great cyclist or sports star, but you certainly can be a hero.  All it takes is hard work, respect for others, and education multiplied by your faith, creating a legacy where your deeds are attached to your soul, so they continue to shine brightly even after you are gone.

Unfortunately, most Americans fail to educate themselves about creating a legacy where those who they respect, and love will continue to be cared for long after they are gone. This means their hard work might be a shiny memory once they die, but their family is forced to live with financial stress. This happens 4 out of 10 times.

Heroes are those who die and leave a legacy for those they love and respect.  For 70% of Americans the only possible way of accomplishing this is to own life insurance.  For the other 30%, life insurance is still the most respected means of protecting a legacy from taxes, fees and penalties which can obliterate it.

What about you?  Are you a hero?  Have you built your legacy to keep your loved and respected family members from suffering financial stress when you are gone?  Solomon prompted, “A good person leaves an inheritance for their children’s children.” Paul told Timothy to educate others about this certainty, “If anyone doesn’t take care of his own, especially his immediate family, he has denied the faith.”

Today, your ability to provide for your own and for your children’s children is a choice you can make leaving nothing to happenstance.  Participating whole life insurance guarantees that you will leave more than what you can save in your lifetime, as a legacy for those you love and respect.  The sooner you begin, the greater the legacy will become.  Life insurance isn’t just for the next guy, it is for the hard working, the faithful, the educated and for those who respect others.  It is for the heroes who desire earnestly to leave an inheritance for their children AND their grandchildren.