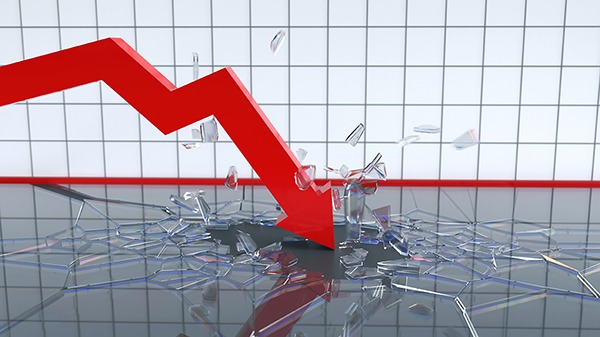 Joe Biden was first elected to public office in 1970, the same year Jimmy Carter was elected governor of Georgia.  Two years later Biden became the Senator from Delaware and nobody worked harder to get Jimmy Carter elected president of the United States in 1976 than Joe Biden.  Even after 4 years of failed policies, Biden went on national TV during the 1980 presidential election to praise Carter. Nevertheless, Carter had failed the American people so badly that Ronald Reagan defeated Carter in a landslide victory, carrying 41 of the 50 states.

All this to mention, Biden, of all people should realize Jimmy Carter’s style of governing wasn’t popular.  Yet, it appears Biden is attempting to recreate the disaster which Carter triggered with his economic policies.

Carter loved Keynesianism, the economic philosophy which theorizes that the willingness of the population to spend money is what drives economic development.  With this guiding philosophy Carter assumed if people ran out of money, all that was necessary to bolster the economy was to print more money and give it to them.  After all Keynesianism purported it was the poorer classes who were willing to spend indiscriminately without any forethought as to how money could enhance their future if spent differently.

Historically, we know when more money is printed or injected into the economy, prices rise on goods and services. This is exactly what happened under the Carter administration when inflation rose to 11.3% and averaged 7.1% throughout his presidency.  Not only did prices rise, but unemployment rose to 6%, creating a new and confusing situation which had never been observed before.  It was called stagflation. This is when inflation and unemployment occur at high levels at the same time.  Naturally, Carter and Biden belittled and attacked Reagan’s supply-side, tax cutting economic plan throughout the 1980 presidential election. But the American people were sick and tired of Carter’s failed economic policies and the rest is history. Reagan won the election and restored the American economy.  Reagan restored the economy so well that in 1984 he carried 49 of the 50 states, and all but 13 of the 538 electoral college votes were cast in his favor.

Knowing all this, Biden would be wise not to repeat the same mistakes his friend Jimmy Carter made while sitting in the Oval Office.  Yet, Biden is not only repeating Carter’s mistakes he is replicating them on steroids.  He is determined to raise taxes and is currently giving money away to people who haven’t created any value in exchange for that money.  Biden is literally “Going Back to the Future” to the Carter years. And this seems to be his presidential theme. Even Lawrence Summers, a revered economic advisor for Clinton and Obama, has warned:

In March of this year, 2021, inflation has risen to 4.2%, 1.76% higher than 1977’s core inflation rate of 3.44%.  But according to Biden and his cheerleaders in the mainstream media, this is okay because inflation will reduce bonds and cash values, which they believe will hurt “the rich people”. But what we learned from Carter’s economic policies proves this assumption wrong.  It will be the middle and poorer classes who are hurt when bonds and cash are weakened not the rich.  The rich protect themselves by owning assets which retain their value such as whole life insurance and real property.  Therefore, when inflation and unemployment rise, the rich keep getting richer and the poor and middle class find themselves getting poorer.   This is what Biden’s economic plan will accomplish for America. This is why Biden is so stuck on raising taxes and passing large spending programs. While we don’t have the money to afford these programs, the Federal Reserve is willing to print more money anytime the government asks.

Yet there is good news.  Carter was a one term president because his policies created dire consequences for the American people. Though people tend not to recall history, especially that which occurred prior to their own life span, they do understand the cost of higher prices and jobs scarcity.  Without a doubt, Biden is steering our economy down the same path Carter attempted, though at a much faster pace.  This means it won’t be long before people begin complaining about rising gas and food prices, supply shortages and job scarcity.  Already gas prices have increased by nearly $1 a gallon since December of 2020 and food prices have risen to a six-year high. With thousands of new immigrants entering into the United States, unemployment rates will continue to remain high as current unemployment hovers at 3 percentage points higher than pre-pandemic levels of 2.9%.  Furthermore, since the new immigrants are eligible to receive free money from the government prompting even higher inflation.

Paul Volcker, the Federal Reserve chair appointed by Jimmy Carter, began to raise interest rates to fight inflation.  Volcker increased interest rates until they reached 21%.  This killed inflation, but it also killed the economy which Reagan restored via tax cuts, etc.  The silver lining in all of this is that when interest rates were still at 21% prime, those owning a whole life insurance policy could still borrow money for less than 10%.

Whole life insurance is a long-term asset, the value of which is not predicated on the current market or economy.  But unlike most long-term assets, it can provide liquidity for the policyholder when equity has been established in the policy.  As one of only three places where money can be stored and guaranteed without assuming any risk, whole life insurance is the ideal way to store money so that it is available when economic times “Get Back to the Future” and we relive the economic adversities of the 1970s and early 1980s. When those adversities reappear due to current economic policy, those who have access to liquid money will be the ones who have the greatest opportunities.  Don’t be left behind.  Start your cash value build up today and purchase your whole life insurance policy while you still can.