Have You Been Diagnosed Without Your Knowledge 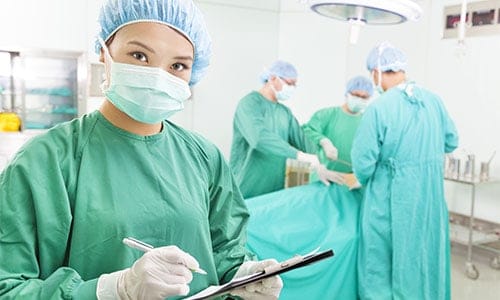 Having spent over 35 years in and around health care records, first as an intern, then as a doctor and now as a life agent, it never ceases to amaze me how frequently someone is shocked about the data found in their medical record.  Be it a prescription never filled, a physician’s comment never broached with the patient, a procedure recommended but never discussed, a diagnosis made without patient acknowledgement, or an error made in the transcription process, millions of Americans are detrimentally affected each year because of inaccurate medical record keeping and documentation.

Regretfully, such mistakes, and I use the term “mistakes” because I would never accuse anyone of tenaciously endangering their patient’s life, do cause catastrophic events in the lives of millions.    Be it merely a minor mistake such as; height, weight, date of visit, or a significant major mistake such as; an organ removal, amputation or even family history data, such mistakes should be promptly addressed and corrected in your medical record.

According to CBS News,  “12 Million Americans”[i] are misdiagnosed every year.  This is based on a recent study by the British Medical Journal on Quality and Safety.  This means that 1 out every 20 patients is misdiagnosed![ii]  How much of this misdiagnosis is based on errant information in the medical record is currently unknown, but it is significant enough that you should never rest until you have rectified any mistakes that are currently in your medical record.

Recently when I visited the local ER facility for a deep cut in my leg I requested my medical records to see what had been recorded.  Here is what I discovered:

The problem was that none of this was accurate.  I had bandaged and controlled the bleeding before I ever drove to the ER or I would have bled to death (I cut an artery in my leg).  Besides nobody ever touched me in the ER, so how could I have been given and completed a level 3 exam or an injection of lidocaine?  I ended up leaving the ER after several hours of waiting.  But to submit a bill, they had to document in the medical record that they had done something.  When I challenged the medical record the corrections were made and my bill was reduced accordingly.

This should be warning to you and others that things get documented in the medical record without your knowledge or consent more frequently than you would like to contemplate, especially if there is a third party payor involved.

Yes, we all want to trust our doctor and we all love our care providers, but they are human and humans make mistakes.  So never believe your medical record is accurate until you review it yourself.  Then don’t rest until it is accurate.

Here are some reasons why:

You see, your medical record is a third party witness either for you or against you.  Especially if there is ever any legal questions about your health care. And so it is imperative that you know what has been documented in that record because it could be that it isn’t in your best interest for it to be documented the way it is.

And by the way, don’t think for a minute that the Health Information Portability and Accountability Act (HIPAA) does anything to prevent such mistakes from happening or protect you if they do.  All HIPPA did was provide insurance carriers and government facilities the ability to collect the information they needed to advance the Patient Protection and Affordability Care Act (ACA).  Of course, we all know now how effective ACA is with a nearly 50% of the Co-Ops failing[iii], and even more of them subject to failure.[iv]

It is not unusual for a person applying for life insurance to find out for the first time about what is contained in their medical record.   But it’s not recommended, nor should it be, that you should apply for insurance coverage to make sure your medical record is 100% correct.  Simple ask for copies of your medical record each time you visit your medical provider.  If you don’t recognize or understand what is documented in your medical record, then ask and persist until you are comfortable with it, because this is about you.  It’s your life, your money and your health.  Besides if you don’t do this, nobody will, and that could be devastating.