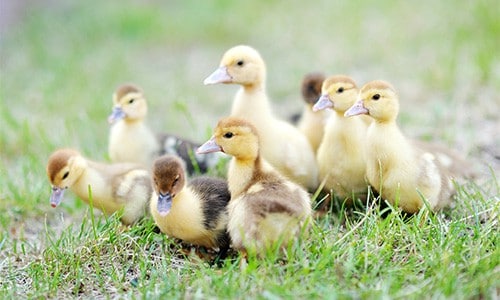 It has been said, “Don’t Send Your Ducks to Eagles’ School because all they’ll ever do is quack and poop.” And that is important to realize sooner than later.

If you are not financially independent by age 50, it isn’t because you live in the wrong country, state or city. It isn’t because you have the wrong color of skin or were born on the wrong side of the tracks or didn’t have equal opportunity. It simply means you didn’t have realistic objectives in your life.  Or in other words, you’ve spent too much time in eagles’ school and failed to get your own ducks in a row.

Nevertheless, understanding the value of ducks, both their quack and poop, could be very practical to grasp early on because better to spend your time and money selling duck poop as fertilizer and marketing the quacks to Oregon Duck fans, because as ducks we will never develop the talons, the strong razor-sharp beaks or the sufficient wing span or strength to thrive as eagles no matter how long we spend in eagles’ school. The good news is we can learn to thrive as ducks!

Too many people are zealous about sending ducks to eagle’s school trusting that it will standardize the ducks and create something that was never intended…homogeneity.  As you know, education is a wonderful thing but schooling, for the most part, is best left to the fishes where it actually serves a purpose.  Education, on the other hand, can free you up to become better based on what you are made of instead of attempting to alter your make-up to conform to the status quo and in doing so become “just another brick in the wall.”

Traditional financial planning is akin to schooling.  It’s like sending your ducks to eagle’s school. It will never produce the promised results.

That is because markets collapse, on average, every 8 to 10 years, and that means those participating in traditional financial planning will lose, on average, about 42% of their portfolio.[i]

If you are part of the group who keeps giving up your 42% every 8 to 10 years to others, then realize that eagles’ school most likely isn’t working for you.  Take the time to get a real education about money and its management and discover how you can keep that 42% (and more) instead of merely becoming another brick in the wall of traditional financial planning.

Go to www._________.com and begin to receive the education that will really increase your well-being and wealth.  Stop eagle school of traditional finance and become your own money manager.  It won’t take long for you to discover that everybody doesn’t have to be an eagle to be happy, prosperous or financially independent.  That is because, happiness, prosperity and wealth have nothing to do with where you went to school or what ethnicity you happen to belong to.  They don’t even care where you call home, what country you’re from or your past history.  All they challenge is, who you are and what you are made of.   See if you have what it takes to become happier, more prosperous and financially independent, go to www.________.com now. You don’t need to send your ducks to eagles’ school in order for them to succeed as ducks.