Drugs, Taxes and Your Personal Economy 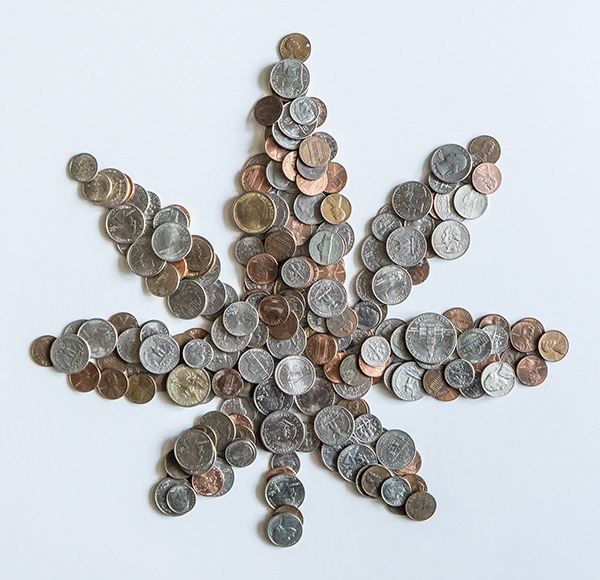 As early a 460 B.C. Hippocrates, the father of medicine, condemned the use of opium except when it was useful as a medicine.  Over 100 years later Alexander the Great introduced opium to the people of Persia and India.  In the early 1500s the Portuguese initiated the concept of smoking opium and by the 1600s they were importing opium into China via the Old Silk Road. The ships chartered by Elizabeth I, were instructed to bring the finest opium back to England.

By the 1700s the Dutch were the primary dealers in opium, hashish and alcohol causing the Chinese emperor, Yung Cheng, to issue a proclamation prohibiting the domestic sale of these products except for licensed medical use. But this didn’t stop the British East India Company from assuming control of all the opium growing districts of India and illegally importing opium to China via Calcutta.  In fact, from 1729 when the emperor made his proclamation until 1767, imports of opium increased by 900%.

By 1779 trading in opium was common in Canton, the Capital of Guangdong Province in southern China.  In 1796 the Chinese emperor Kia King, made it illegal to import, trade or possess opium or use silver to purchase it, yet his edict only created a black market and caused an unprecedented growth in opium trade.

By the 1800s opium addiction was increasing throughout Asia, Europe and the United States.  Products such as Dover’s Powder and Laudanum were readily available and were less expensive to purchase than alcohol.  Only then was opium considered a menace to society. Prohibitions were widely proclaimed against the importation, sale and consumptions of opium and its byproducts, only to create a black market.

German chemist, Friedrich Serturener, created morphine in 1803, the first alkaloid to ever be isolated, which was followed by atropine, caffeine, cocaine and quinine.  He called it “God’s Own Medicine.”  And the next year, 1804, opium trading resumed.  American John Cushing built his empire smuggling Turkish opium into China while John Jacob Astor of New York used his American Fur Company to buy, ship and sell Turkish opium to England.

March 18, 1839 Lin Tse-Hsu charged all traders to surrender their opium to Chinese custom officials.  Britain responded by starting the first opium war, sending warships to protect their opium trade. China lost this war to Britain, and Hong Kong was ceded to the British in 1841 as part of the peace agreement.

Alexander Wood, of Edinburgh, discoverd administering morphine by injection was more instantaneous in 1843.  This led to the invention of the hypodermic needle.

Hostilities renewed between Britain/France and China and the second opium war was fought in 1856.  China again was forced to pay heavily and was required to remove all restriction on the import of opium and its byproducts. This pushed opium production to even higher levels.

C.R. Wright synthesized heroin for the first time in 1874 by boiling morphine.  Chinatown in San Francisco almost immediately became the rush. Britain on the other hand, passed the Opium Act of 1878 which restricted the sale of opium to registered Chinese and Indian opium smokers and eaters.

The United States imposed its first tax on opium in 1890 and by 1895 Heinrich Dreser, working for Bayer Company in Germany, created heroin.  Heroin was supplied freely to morphine addicts in America who were trying to kick their morphine addiction and by 1903 heroin addiction had soared to alarming rates in the U.S., leading Congress to pass the 1906 Pure Food and Drug Act which later allowed the U.S. to outlaw the import of opium in 1909.  In 1910, China was finally fruitful in convincing Britain to stop importing opium into their country.

1923 saw the U.S. Treasury ban all legal purchase and importation of narcotics which only created a thriving black market in Chinatowns across the country as China increased their illegal imports to the states.  This would continue until the trade routes were successfully blocked in World War II in 1940.  Even then the French, fearful of losing their opium trade, encouraged Hmong farmers in South East Asia to expand their production and eventually by 1965 were using Corsican gangsters to refine this opium into heroin which was then shipped to the U.S. via Marseille.  When Saigon fell in the mid -1970’s opium sources dwindled, and new sources were found in Mexico until the U.S. and Mexican governments began using Agent Orange on their crops.

Afghanistan and Iran then became the new source for opium. During the Clinton administration the U.S. moved away from an “anti-drug” to a “institution building” philosophy as a way to promote economic progress and opportunity worldwide. This resulted in Southeast Asia once again becoming the “golden triangle” for opium production.

Today, states are legalizing the use, possession and production of opioids and marijuana, not because these drugs are safe and useful, but because of the revenue the sale of these drugs brings into state coffers.  The tax revenue generated by legalizing marijuana for example, in California alone, netted the state an additional $1,031,879,926 in 2020!

Following the history of opium, one thing is evident: Governments can’t control drug usage because government never has the best motives.  Until people take personal responsibility for their actions, regardless of whether they are under the influence of drugs and alcohol or not, abuse will continue.  Where there is no demand for a product the supply dwindles over time.  No amount of government intervention, regulation or tax will work.  History proves this.

The same holds true in regard to money and finances.  No amount of government intervention, regulation or taxes will make you wealthy.  To develop wealth, one has to overcome the way they have been programed to think about money.

At Life Benefits we have a formula which helps people overcome the poverty mentality that government intervention, regulation and programing has created.  Following this formula people are able to deprogram themselves and build the sustainable wealth they deserve and desire by keeping more of the money they make.  Give us a call at 702-660-700 we are here to help you. You don’t have to be a victim. You can become a winner.