This Election Can Either Destroy or Restore Your Wealth 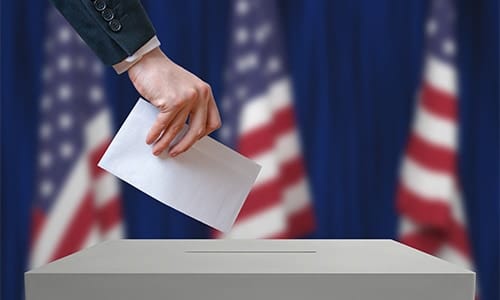 In 2013, the Economic Policy Institute discovered that “free trade” with less-developed countries lowered wages in the United States by 5.5 percent—or roughly $1,800—for every full-time, full-year wage earner who didn’t have a college degree.  Furthermore, the Economic Policy Institute uncovered the harsh fact that these same “free trade” agreements INCREASED income for high-end wage earners.  And therein lies the reason why the elites of our society continue to promise the moon with each new “free trade” deal like the Trans-Pacific Partnership or the less known Transatlantic Trade and Investment Partnership.[i]

In all fairness, however not all the elites, at least in the main stream media, are eager to see these so called “free trade” partnerships progress or propagate.  Peggy Noonan, writing in The Wall Street Journal stated bluntly: “There’s a wide, and widening, gap between the ‘protected’ and the ‘unprotected’”,[ii] where the protected are those who make and prompt public policy, and the unprotected are those that have to deal with the policies made.  Fortunately, the unprotected are starting to resist as we have seen this year within the campaigns of presidential candidates Bernie Sanders and Donald Trump.  Both have pushed back hard against “free trade” deals that take advantage of middle and lower income wage earners.

Objectively, socialism is not the answer.  In fact, nothing that even remotely resembles socialism can be the answer because fewer and more restricted personal property rights have historically only widened the gap between the elites and the middle and lower income wage earners.  Consequently, the only other alternative is an expansion of personal and private property rights.  Meaning, if the national economic policy would focus on enabling more people to fully exercise their personal property rights a really true fair trade agreement would ensue.  True fair trade always produces higher wages, as well as providing a more equal playing field, for everybody, not just the elites.

To establish this type of free trade, national confidence must be restored, otherwise there is no protection for those willing to participate in real free trade instead of the pseudo free trade policies of the recent past.   Even Adam Smith the father of free trade believed that, “Defense…. is of much more importance than opulence.” And so law and order must come first and this includes the strengthening of our national borders.

As you think about the upcoming presidential election think about who has been paid the most by the benefactors of the “free trade agreements” made in the past.  In doing you will easily be able to discern who is owned by the elites of the world and who is owned by middle and lower income wage earners of America.  The rest is easy.