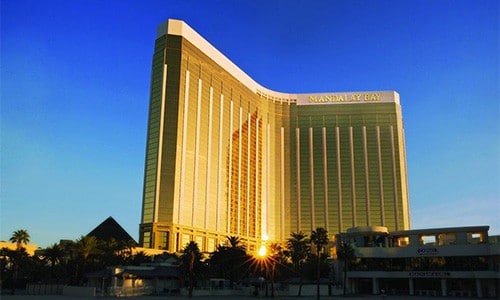 This week a tragedy occurred in Las Vegas.  59 people were killed by a gunman.  The investigation is still ongoing. In August of 2016, 85 people were killed by a truck driver who drove them down.  In August of this year, a van driver mowed over and killed 13 people and injured at least another 130.  And on the very same day that the Sandy Hook slaughter took place in Connecticut, where 20 people lost their lives to a gunman, 22 children and an 85-year-old grandmother were sliced up by a raging knife wielding lunatic in China.  And yet politico factions want to tell us that gun ownership is the reason the Las Vegas tragedy took place!  That is unassumingly deceptive and psychologically unbalanced.

In fact, this is the same mentally warped logic that is used to keep people fearfully funding their 401k, IRAs and 403b accounts when they have just been wiped out by a market correction.  Everybody knows that “historically, on average, the market corrects every 8-10 years, and 95% of portfolios are subject to losses of somewhere around 42%.”[i]  But these fear mongers keep the pressure up so high that people are intimidated into submitting to their tactics.  Tactics, which if unsuccessful, would halt the transfer of wealth that occurs in all market corrections.  These opportunists don’t care about the financial slaughter of millions so long as their own coffers are filled to the brim from the spoil.

Consequently, one cannot be too vigilant because only by becoming extremely discerning will you avoid the mentally deceptive and unbalanced ploys that keep the public pot of anxiety stirred up by using every tragedy and misfortune as an opportunity to steal more liberties and money away from us, only to empower and enrich themselves.

These panic producers are slick and crafty schemers who can never be trusted, as they will stoop to anything as long as it will buttress their own power and control over your life.

Yes, bad things happen to people.  But the truth is they always have, and they always will.  There is nothing that government can do that will protect you from every danger or disaster that ensues.  Every nation, tribe and person on earth will suffer their own catastrophes and calamities.  That is a matter of life on earth. But realize this, it is those catastrophes and calamities that give us the opportunity to meet the needs of others, and in doing so, we share a commonality with them.  And that commonality is what unites us as humans.

It is when government attempts to dictate to us how and when we should share our commonality with others that the opposite occurs… displacement and division.  Is there any wonder why there is so much discord and disagreement in the world today?  The more we place our hopes in government solutions, the greater the discord and violence is going to become. There will never be a Utopia or heaven on this earth.  But we can make this world a safer, happier and wealthier place for everyone to live in and enjoy if we stop listening to those who seek to divide us, manage us and manipulate us and start doing the things we know we should do.  It all starts with you and me.  What can you and I do? That’s the question, not what somebody else should do or not do.  Fear and violence can never stand up to love in action, no matter who stirs the pot.

God bless you, and may He keep you safe and secure as He sustains your every need; mentally, physically, emotionally, financially and spiritually.