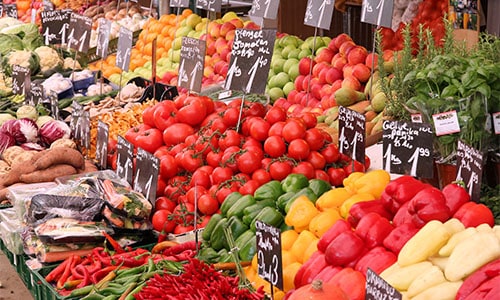 Imagine a world with no standards or values.

What a hassle it would be to know how much gasoline you were putting into your car, let alone how much you were going to have to pay for it.  You’d never know what the cost of groceries would be or how much the utility company was going to charge you for your power or water usage.  Furthermore, you wouldn’t know or be able to trust anybody because everybody would have a different set of standards and values that they believed worked out best for them.

Thankfully, because we all have to interact with others to survive in this world, fixed standards and values have originated and have become agreed upon. Otherwise this obligatory interaction would revert to the plunder and pillage that has always subjugated uncivilized peoples.  And this is where government has been very valuable to society.  By enforcing compliance to these fixed standards and values, government can assure that everyone has an equal opportunity, that no one is above the law and you can be assured that when you purchase a pound of butter at the store or the farmers’ market you aren’t being cheated.

But interestingly enough when government attempts to set these standards and values rather than limiting itself to the role of enforcing these standards and values, people revolt.  That is because government is not a producer of anything and can never have their finger on the pulse of the economy like merchants and consumers do.  Government can never feel what it’s like to get cheated when having to pay more for something than was agreed upon.  Government can never understand what it’s like to not be paid for the services you have rendered.  And government never will rectify the bad feelings that arise when someone has been taken advantage of due to their race, religion, sex, or anything else, simply by altering the standards and values of a society through new regulations, regardless of how much government really wants to solve these complex issues.

That is why increasing the hourly wage of hourly wage earners will never provide the fix that politicians say it will.  It is also why limiting the size of your big gulp or how much money you can make or even how much you can put into your 401K or IRA plan are not solutions to the problem such regulations intend to fix.  In fact, it is because of these regulations on 401ks, IRAs and Roth’s that many are out living their money today. That’s a far cry from what politicians said they intended to accomplish with these regulations.

Government’s responsibility is to make sure that the standards and values adapted and adopted by the people and the market place are applied equally to ALL so that nobody is taken advantage of by someone else due to their ethnicity, religion, monetary status, sex, or position in life.

The setting of standards and values is accomplished with contractual law.  A contract is an arrangement that two or more people have agreed upon.  In the past a hand shake or a spoken word was as binding of a contract as a written document that recorded such an arrangement.  Writing down verbal arrangements makes sure that everybody remembers what was agreed upon.  So if you go to the gas station and pump a gallon of gas into your car the gasoline station owner is reminded that he can’t fix the pump and only pump you out ¾ of a gallon of gas without facing the government.  This role that government supplies is so valuable because it makes sure that all parties involved in such arrangements fulfill what they agreed to do when entering in to that arrangement.

Not one of these arrangement which drastically altered the standards and values that were adapted and adopted by the market place and people interacting freely with one another, have made life better for Americans.  In fact, there is substantial evidence that proves that these “Acts” have had a dilatory, debilitating and even devastating effect on the American way of life.

Obviously, that is why participating whole life insurance has become the bedrock for some very significant, highly profitable portfolios.   Clearly, government NOT being involved in fixing the standards and values found in participating whole life insurance creates a versatility that is appreciated by those who understand the importance of how governmental regulations and mandates destroy wealth instead of creating it for individuals and our economy.