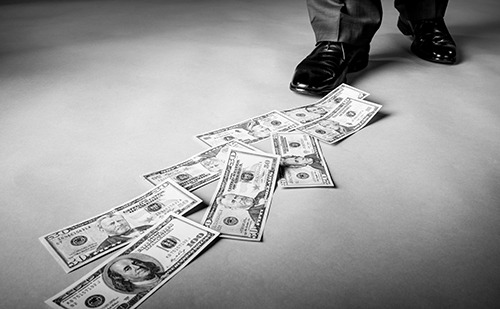 Let’s face it.  Mutual life insurance companies know how to avoid risk. That is why they have been profitable enough to pay dividends for well over 100 years consecutively, something that only 8 other companies have been able to sustain. That being said, mutual life insurance companies have to know their stuff or they would get taken to the cleaners.  But actuarial science has become very precise since William Morgan, the father of actuarial science, first introduced the concept to life insurance back in the 1780s and early 1790s.

The science itself had become a mathematical disciple in the late 17th century and included, math, probability theory, statistics, finance and economics, with computer science being added later.  These areas of science have been honed and refined over the centuries to allow life insurance companies to reduce their risk substantially when selling life insurance and/or annuities to the public. This gives you an advantage when you purchase participating whole life insurance company from one of these mutual companies.

The history of each mutual life insurance company speaks for itself about that particular company’s ability to provide the guaranteed payouts on the contracts which they sell and service.  It also provides a track record of how each company has been able to pay dividends, which are a reflection of the company’s profits shared with their policyholders.

Interestingly enough standard medical accepted guidelines are not necessarily what is used for a life insurance applicant. In fact, below is a list of the standard medically acceptable total cholesterol levels as found on healthline.com

Assuming unnecessary risk would cost life insurance companies lots of money.  They wouldn’t be offering the public such great rates, if the science proved these higher cholesterol levels placed them at a higher risk of paying an early death claim.

Medical science and doctors have often been wrong.  During the 1930’s, 40’s and 50’s doctors approved of cigarette smoking and even smoked during their hospital rounds.  Lucky Strike was approved by 20,679 physicians while other physicians approved other brands.

60-70 years ago the sedative Thalidomide was responsible for crippling thousands of babies whose mothers had taken the sleeping pill either prescribed by their doctor or offered in some other form of the very lucrative over-the-counter market. Of interest, Spain only recently admitted the drug was ever even distributed in that country.  Sadly, it is now known that the drug company which produced Thalidomide employed scientists and businessmen who were part of the Nazi Germany horror that killed millions of civilians and experimented on thousands of others.

Just remember, the actuarial science and the money are both on your side when you purchase participating whole life insurance.  The risk is assumed by the insurance company.