Gold and Other Important Treasures of Life 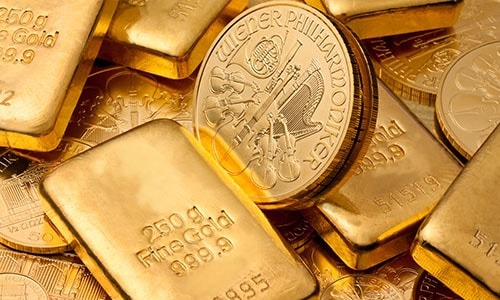 Wouldn’t you like to ask the CFO of an $18 billion company what he personally invests his own money in?  Well I did, and I’m going to share what he said with you later, but for now remember, there are those, and always will be those, who love to buy gold, silver and other hard assets.  They believe that these type of investments will be a hedge against the dollar collapsing or any other future political upheaval that might happen.  And I’m not hear to tell anybody what they should or shouldn’t invest in, yet I can’t help but share with you what I know to be factual, safe and profitable.

We’ve all been cautioned: “Do not store up treasure on earth where moth and rust corrupts and thieves will break in and steal.”  And therein lies a glitch.

Gold, silver and other hard assets are not currently used as legitimate tender where they can be freely, legally and continuously circulated creating more value for you and others as they do so.

Consequently, these hard assets are predominantly stored up somewhere waiting for some latter use in the future “just in case” something happens catastrophically.

Many will argue that such assets are a hedge against inflation and I would hasten to point out the fact that 7 years ago, at the time of this writing, I purchased a considerable amount of two of these assets and have failed yet to realize anything but a lack of liquidity and a substantial loss of value.  This inherent destruction and depreciation is exactly what we are warned against whenever we are enticed to store up any kind of “treasure” here on earth.  And here is the reason.  If someone physically doesn’t break in and steal it from you and nature can’t oxidize it into nothingness, then the state through its regulatory powers, bureaucracy and inflationary practices will destroy it or confiscate if from you.[i]  You can not hold on to something that by nature has to circulate in order to be valuable and expect otherwise.

Interestingly enough I am not alone in my train of thought.  In 2012 Warren Buffet addressed the share holders of Berkshire Hathaway about three types of investments, namely:

Gold, silver and other such hard assets belong to the first group of assets that never produce anything.  And here is why Buffet and I don’t believe they are productive assets.

If all the gold that is known to exist today was mined, refined and melded together, including all jewelry, coin and bulk bullion, it would create a block of gold 68 feet cubed.[ii]  Total value would be around $9.6 trillion.  Next compile all of the United States farmland plus 16 equivalent companies to Exxon Mobil (the most profitable company in the world today) and you’ll have something worth around $8 trillion.

Now imagine any investor choosing to buy and hold the block of gold over the second compilation of assets.  The production value of the second compilation is worth over $160 billion annually, while the gold hasn’t created, manufactured or produced anything.  The bottom line is that apprehension and fear drive the market value of investments in groups 1 and 2, while needs and necessities drive the value of investments in group 3.

So let’s talk about group 2 investments.  These are the investments that most Americans treasure above all else.  And yet according to Forbes.com, “Over the last 25 years not one investor had ever been able to completely comprehend and explain the costs involved with these kind of investments.”[iii]

That is because most of the risk associated with group 2 investments is hidden.  But you can conservatively dependent on these costs exceeding 3.17% in a non-taxable account and 4.17% in a taxable account. Which brings us back to the definition of an investment.

Problematic to making a good investment is the fact that a dollar today compared to a dollar from the year I was born, 1960, has less than 18% of its purchasing power left. [iv]  That means inflation has stolen 81.3% of the value of our currency in my lifetime.  Until we focus on the procurement and accumulations of group 3 type investments, “moth and rust will continue to oxidize the value of our money and thieves will continue to break in and steal.”

Obviously, not everyone can afford to acquire a portfolio full of farms, real estate, and/or corporate entities, but everyone can afford to comfortably acquire cash value life insurance.  In fact, those who ignore this productive asset are doomed to being trashed by the inflationary, regulatory and devastating process of wealth erosion that has continually allowed the wealthy to grow wealthier while the middle and lower class continually grow poorer and poorer.

Now back to the CFO of the $18 billion portfolio.  Curious as to how much this huge portfolio lost in the 2008 recession, I was astonished to learn it was only $300,000…not even close to 1%.[v]  Many portfolios lost 30-50% during the 2008 recession.  Eager to know what this CFO invested in personally, he responded to the question immediately, “I only invest in participating whole life insurance.” And of course, that’s the high cash value life insurance of group 3 investments that Warren Buffet and I agree are the best.

What earth shattering news for those who hold gold and other treasures so dear. For those who own participating whole life insurance, it’s a pat on the back.

[iii] Forbes.com The Real Cost of Owning a Mutual Fund