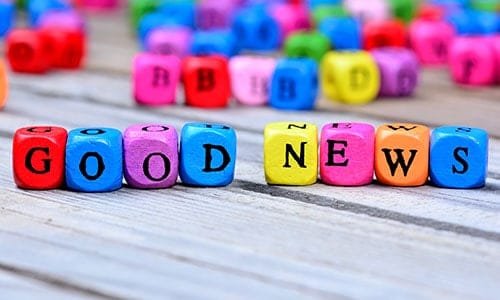 My friend Mike emailed me this past week about what former National Security Advisor Zbigniew Brzezinski wrote in his book, “Shortly the public will be unable to reason or think for themselves.  They’ll only be able to parrot the information they’ve been given on the previous night’s news.”

“Shortly” seems to have caught up with a lot of people today because so many are puzzled about what the truth really is.

I remember sharing years ago about what chiropractic care could do for a woman.  She starred at me like a deer looking into the headlights of an oncoming car and said, “How do you know? I’ve always heard that chiropractic doesn’t work.”

Of course, we know that chiropractic works. There is evidence all around to show that it works. And those of us who have been helped by a chiropractor or been in chiropractic practice like I was for 25 years know of thousands of lives that can prove it.  But as Brzezinski rightfully noted, “the public will be unable to reason or think for themselves.”

This lack of reasoning and thinking is so prevalent that it would be hilarious if it weren’t so devastating.

When people simply parrot financial gurus, CPAs and the money managers about paying cash for everything, cutting up your credit cards, not using other people’s money, buying term insurance and investing the difference it is scary because that is exactly what I did until I was 45 years old.   And all that self-denial accomplished for me was to make me have to work longer hours because my money wasn’t working for me.  Instead, I was working for the money and that is no different than slavery.

When others control the value of money like they do in our society, working for money is not a good thing to do.

Only when I heard the GOOD NEWS that saving money at 2% was just as profitable as using someone else’s money, even if I paid them 4%, was I able to abolish the slavery that I had been told was freedom.

With this GOOD NEWS it is easy to become your own money manager instead of paying fees, service charges, taxes and interest to others to manage your money for you.

Because these contracts are tax-preferred contracts this is GOOD NEWS allowing you to access other people’s money without penalties, fees or service charges.  This will allow you to create tax-free retirement plans for yourself just like bankers create for themselves using other people’s money.

And using these same GOOD NEWS tax-preferred contracts you can limit your liabilities just like major corporations do while producing a perpetual source of money that will keep your ideas, endeavors and plans growing long after you are gone, just like Ray Kroch, J. C. Penney, Walt Disney and thousands of other individuals have done.

So the GOOD NEWS You can Depend On is waiting for you to take action on.  Call now and schedule your strategy session. Its free, and you’ll be glad you did.