Here’s what Rex Tillerson is doing with his money 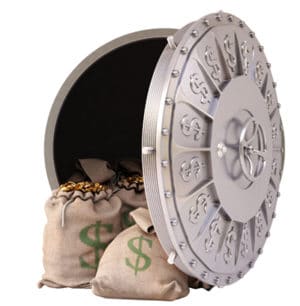 Samuel Johnson the English Poet and Moralist realized that “Small debts are like small shot; they are rattling on every side, and can scarcely be escaped without a wound; great debts are like a cannon, of loud noise but of little danger.”

This reminds me of the little boy who discovered the small hole in a dike in Holland.  By placing his finger in the hole he saved the entire community as the massive water force behind that small hole would have soon swept the dike away and destroyed the entire community.  The moral to this story is, “Sweat the small stuff because you can typically do something about the small stuff.  Besides, the large stuff will rarely, if ever, destroy you.”

Unfortunately, in our society we sweat the large debts while ignoring the small.  Yet it is the small debts that wreak the most havoc in our lives.  Ponder the cost of a small $5,000 credit card debt with an interest rate of 12% over a 20-year period. The cost is a staggering $48,231 or 89.63% more than the cost of what you purchased initially for $5,000.

With the average household income in the US topping out at $51,939, that interest paid on the smaller credit card debt, $1,292, represents 2.49% of the average household income.[iv]  Which, at first glance, seems relatively insignificant but when compared to the average annual interest percentage rate paid by the nation’s largest banks (0.06%)[v] on the savings account, consumers are paying out much more than they are earning.

And once you have accumulated cash value in a participating whole life insurance policy, you can continue to earn that guaranteed higher rate of return AND have access (similar to a line of credit) to the capital equivalent of what your cash value accumulations are. This provides you the opportunity to keep earning those guaranteed higher rates of return PLUS have the capital to finance those smaller debts and keep a major portion of the interest you would have had to pay to others.

This smart money management system has been employed for centuries by those who know and understand how money works.  Yet it has been scorned and slandered by those who don’t want you to know about it.  From Rockefeller to Tillerson, those in big oil have understood that the most secure and safest way to protect your savings and still have access to its purchasing power, is life insurance.  That is why Tillerson has over $34 million securely tucked away in a SERP life insurance policy for his retirement, compliments of Exxon.

And there is no valid reason why you shouldn’t use the same tool that Tillerson is using to secure his financial future. Why should you not take advantage of this legal and guaranteed way of keeping more of the money you make for yourself instead of paying it to others in interest?