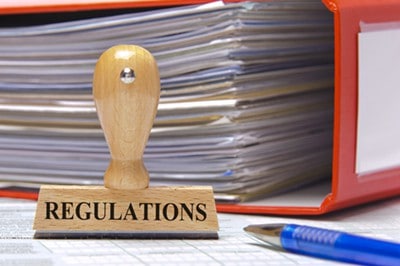 Five-hundred and 2 days ago, from the time of writing this blog, a new president of the United States has “slashed regulations that strangle the economy by nearly $2 trillion a year.”[i]  Which has increased the wealth of U.S. households $7.1 trillion![ii]

This, all in spite of what the Economic Policy Institute or the Brookings Institute predicted would happen under the new economic policies that were begun under the current administration.  Back in March of 2017, they said, “Trump will reduce American competitiveness.”[iii] And that, “Trump’s America First budget will leave the economy running behind.”[iv]

Today, according to the IMD Competitiveness Center in Switzerland, the U.S. has leapt to front and center, surpassing Singapore, the Netherlands and Switzerland, in performance, infrastructure and strength of the economy.  GDP has averaged 2.9% and unemployment is at 3.8%.  This along with the lowest levels of African-American unemployment in the history of the United States!

Of course, too many tend to focus on personality instead of results.  And so most of these wonderful economical results, stemming primarily from the deregulation of the American economy, have either gone unnoticed or in most cases underreported.

It is the leverage of your life insurance that can really supercharge your retirement plan savings.  That is because the equity, or cash value of your policy, can be leveraged and create even more savings for you, than if you didn’t own the life insurance.

Taking advantage of less regulation can be very profitable for those who look past the personality and focus on the results.  Unfortunately for many, the “personality” of life insurance is something that they find distasteful, but that is because they have focused on what others have said about life insurance instead of what results life insurance can produce for them.

Sometimes becoming blind and deaf to what everybody else is saying and looking into the details is worth it.  The fact is, if everybody was doing it, it probably wouldn’t be anything to concern yourself with, because everybody else isn’t getting the results that they are expecting in their 401(k), IRS or 403(b).  Stepping out of the box and the “safety” that federal regulations are supposed to be supplying the public, can be very rewarding.  And that is why life insurance must be a part of your retirement plan if you want to experience the results that too many are ignoring or distorting so that you’ll continue to keep your money in a federally regulated account (401(k), IRA, 403(b), etc.) and end up paying more in taxes once you retire than you ever deferred in your working lifetime.

Life is amusing. Many falsely prognosticate concerning life insurance and instead what to have you focus on what great rate of return you can earn by investing.  These folks are like the naysayers concerning the great economic growth America is experiencing today.

$7.1 trillion isn’t “crumbs” as some are calling it, and neither is a 3.8% unemployment rate or black unemployment rate at the lowest recorded level in American history.  Obviously, a guaranteed protection for all the premiums you ever pay, plus the ability to earn dividends and the capacity to leverage your death benefit without giving up the compound annual growth that certain life insurance contracts provide you, isn’t “crumbs” either.

And then you must contemplate, that you get a two-for-one, (i.e., double the payout in retirement, for half the savings required in a federally regulated retirement savings account,) and you’ve got an incredible retirement tool to benefit from.

So, recall “If the unlikely event happens and Trump wins you will see a market crash of historic proportions” according to Steve Rattner, a former Obama administration official, speaking in October of 2016.  That kind of illogical diatribe is comparable to what others will tell you about dividend-paying whole life insurance.  But the truth is, dividend-paying whole life insurance has been historically paying dividends for over a century, year in and year out, along with the guarantee to protect all the premiums you pay, (something federally regulated retirement plans can’t do), it’s time for you to consider what an un-regulated retirement plan can look like for you.