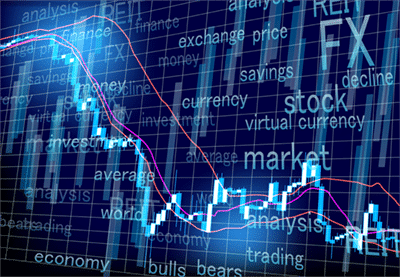 It has now been over 10 years since the market crash of 2008.  And during the past decade, many have been lulled into believing that the high yields they have earned during that time are sustainable.  People have, once again, come to trust in dividend-paying stocks as safe and secure investments because they have forgotten that stocks are not designed to protect your principal.  And when stocks are not growing, they are destroying what you thought you had securely accumulated.

Moreover, people don’t realize what the Federal Reserve is doing by raising interest rates. Historically, it has been proven, that when the Federal Reserve raises interest rates, it pushes the pin that pops the debt bubble that has been growing and expanding.  And for those that are paying attention, we have been growing several debt bubbles over the past decade, which compared to the sub-prime rate bubble that was popped by interest rate increases in 2008, are massive.

Speaking of debt bubbles, the first one that comes to mind is student loan debt.  That bubble is now over 1.5 trillion dollars with a default rate of over 10%.[i]  That default alone represents $150 billion, which is over $1,190 per American household.  When you consider that 4 out 10 American households don’t even have $400 to cover the cost of a basic emergency, that $1,190 could become catastrophic.

Then there is the corporate debt bubble.  This debt bubble is now $9 trillion[ii] or six time larger than the student loan debt bubble.  Here again the Federal Reserve, with their continued interest rate hikes, doesn’t make this bubble look good over the short term.  That is because unlike fixed rate mortgages and car loans, corporate debt must continually be rolled over and renewed frequently.  As rates increase, due to Federal Reserve policy, this could become the pin that pricks and pops this credit bubble.  When that happens, the amount of debt will come to over $71,428 per household in American!  And when you consider that the median American household only has $4,830 in savings, that could be disastrous for our economy.

So why should you be concerned about these debt bubbles?  It’s not your debt, right?

You see, student loan debt is owned by Americans who have their retirement funds invested in mutual funds, 401ks, and IRAs.  When that debt is not paid back in a timely manner, then the managers of that debt pass that cost onto the owners (i.e., investors).  Twala!  You are already signed up to carry the cost of this bubble when it pops.

Same with the corporate debt.  It wasn’t the average American citizen who created the sub-prime lending crisis in 2008.  That was the banking corporation’s failure.  But government proclaimed these banks were “too big to fail.” And therefore, Congress Bush and Obama rescued them by signing up the American public to pay those banks, not $21 billion dollars as we were first told, but “$14.4 trillion and counting.”[iii] Now think what could happen if another $10.5 trillion is added to that $14.4 trillion when the student loans and corporate debt bubbles pop. Pretty daunting thought.

Here is a video about this

It is known that 68% of our economy is due to consumer spending.  When taxes are raised to bail out “too big to fail” institutions and corporations that have amassed unreasonable amounts of debt, everybody “gets” to pay to bail them out, just as the government prescribes.  And that means there will be less money for you to spend and keep in your own economy.

All this means you should be concerned about the risks you are taking with your money today.  Leaving it exposed in investments that will be hit first when the debt bubbles pop, will leave you in line to take the biggest hit on your money.  Of course, the higher taxes the government will demand from all of us will be the second hit you will take when these bubbles pop.  This one-two punch can knock you out financially.

Ironically, the product that most people mock and complain about, Participating Whole Life insurance, protects you from both of these nasty consequences.  When debt bubbles pop you don’t have to be in a position to take those two hard hits.  That is why Participating Whole Life insurance has been such a trusted, sustainable and stable product to own for centuries.  It protects your money from the market.