Independence, Victory and Your Finances 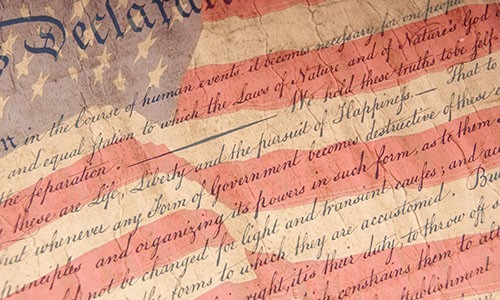 On July 2, 1776 the Declaration of Independence from the King of England was formally declared and on July 4 it was approved by the members of the Second Continental Congress in Philadelphia.  But interestingly it wasn’t formally signed until August 2, 1776.

This July 4th will mark the 240th year of our declared independence, but how much of that independence do most Americans realize, acknowledge and enjoy?

Ten years ago I considered myself a slave.  I felt like a financial slave to my utility bill, phone bill, grocery bill, mortgage payment, taxes, you name it.  You see, I didn’t know how or where to save my money so that I could control it and have it continue to work for me throughout my lifetime and beyond. This scenario is reflective of most Americans today.

Ownership and control are two very important aspects of Americanism.  The interesting thing is, if you are willing to relinquish ownership then the control you command increases.  This is true in politics, religion, the corporate world, personal relationships, money and the like.  It is also true when it comes to participating whole life insurance.

Remember that the colonists had aspired victory and independence for a long time.  On December 16, 1772 a bunch of guys even had the audacity to throw a party celebrating that aspiration (aka The Boston Tea Party.)  But it wasn’t until 1775 that the official battle for independence began in Concord. Then it took ‘til September 3, 1783 and the Treaty of Paris before America the Beautiful attained the victory for which she longed.  Eight long years after the battle began and 7 years after they had officially declared their independence!

Today many want to attain their independence quickly, and end up destroying themselves.  That is because it takes time to destroy the powers that enslave you without destroying the very thing you are pursuing.

So how do you go about accomplishing independence with victory instead of self-destructing and experiencing the humiliation that follows? (Not to be confused with humility.)

Here are three things you can do:

Each of these three things can be applied to your finances as well as other areas of your life.  Surrounding yourself with good thoughts inside and out will produce miracles in your transformation.  By doing so you are declaring that your independence and your victory is forthcoming.  It may take more or less than the 8 years it took for out country to achieve victory, but victory will come and that hope is your power for today.