My Introduction to the Infinite Banking Concept

The Infinite Banking Concept (IBC) is outlined in the book Becoming Your Own Banker by R. Nelson Nash. My introduction to infinite banking was on a family vacation to San Diego, California in 2005. I was only 12 years old when my Dad was reading the book Becoming Your Own Banker, and he was so excited about what he was reading that he was having me and my older brother, who was 14 at that time, sit and listen to excerpts from the book as he read.

To be honest, I would have rather been on the beach than sitting in the condo listening to Dad read a financial book to us, but at the same time I was excited because I saw that Dad was excited.  My Dad is a Doctor of Chiropractic. At that time, he owned a chiropractic clinic in Oregon. He was in practice long before I was born. But it was on that vacation, and specifically the message in that book, Becoming Your Own Banker, that changed the course of our family’s life forever. Here’s an introduction to the Infinite Banking Concept.

An Introduction to Infinite Banking

The founder of the Infinite Banking Concept, R. Nelson Nash, served in the United States Air Force,worked as a forestry consultant,and later became a life insurance agent and a real estate investor. To get money for his real estate investments prior to the 1980s, Mr. Nash was accustomed to paying 9.5% on money he borrowed.  But in the early 1980s interest rates on the money he owed jumped to 23%! In his book he wrote, “There I stood owing $500,000 under those circumstances.”

According to Mr. Nash, “The basic idea revealed in the Infinite Banking Concept was born over a period of many, many months at 3:00 to 4:00am in the kneeling position praying ‘Lord please, show me a way out of this financial nightmare that I have created for myself.’” He writes, “The answer came back about like a baseball bat across the eyes, …You can get to money during these awful times, at 5% to 8% from three different life insurance companies through policies that you own.  The only thing that limits how much you can get to is the same thing they tell you at the bank when you ask them how big of a check you can write –how much have you put in?’”

Infinite Banking in a Nutshell

The Infinite Banking Concept is basically the idea that by funding one or more properly designed dividend-paying Whole Life insurance policy(ies) you will have guaranteed access to cash that you can leverage for anything you choose.

Now, back to the beach condo where I had an introduction to IBC

When we got home from vacation Dad quickly dug out the Term life insurance policies he owned to see if they were convertible to Whole Life Insurance.  Unfortunately, they weren’t. But he met with someone who designed a dividend-paying Whole Life insurance policy like Mr. Nash described in his book.

Soon, Dad was on the phone telling family and friends about the Infinite Banking Concept. During the week, in his clinic, he would also tell his patients about the book and share the concept with them too. A few months later he decided to get his life insurance producer’s license, so he could design, sell and service Whole Life insurance policies.

Over the next few years, Dad was providing education about the Infinite Banking Concept to so many people that he retired from chiropractic and sold his clinic so that he could spend more time teaching the IBC. But it wasn’t just Dad’s business. Mom was working alongside him, and even as teenagers we started helping however we could.

If you’ve researched very much about the Infinite Banking Concept, there’s a good chance you know my Dad as Dr. Tom McFie. You may have even read one of his books or seen one of his video presentations on YouTube. In fact, if you don’t already have it, you can get his most popular book Prescription for Wealth as a free digital download. The forward to Prescription for Wealth was written by Mr. Nash himself.

The Infinite Banking Concept in Danger

As the Infinite Banking Concept caught on, more and more people began to want dividend-paying Whole Life insurance policies. Life insurance agents around the country began to take note. Some agents loved the idea, some agents loved the thought of using the idea as a sales system to sell more life insurance. This created a problem. To design a good policy that works well for the Infinite Banking Concept you have to minimize the base insurance in the policy and increase the paid-up insurance rider. It’s not hard to do, but commissions are paid directly in relation to how much base insurance is in the policy. So, cutting down the base policy also cuts an agent’s commission.

Another threat to the concept came because some life insurance agents started calling life insurance policies “banks”. This language caught the attention of some state regulators and restrictions ensued.

Things have changed over the last several years. The IBC is still around and it still works. Mr. Nash’s son-in-law, David Stearns, still runs the company Infinite Banking Concepts, which among other things, sells the book Becoming Your Own Banker.  Before Mr. Nash died, an institution for certifying agents was formed by Nelson Nash, David Stearns and two other men, Carlos Lara, a consultant from Tennessee, and Robert P. Murphy. Robert P. Murphy is senior economist at the Independent Energy Institute and is also involved in research.

Other Names for a Similar Idea

Today, there are many different programs with different names that share the same root idea of using a good dividend paying Whole Life insurance policy to build a source of guaranteed available capital that you can manage and use for whatever you choose. Here is a list, by no means exhaustive, of other similar programs that utilize the root idea of the IBC:

At the end of the day, you will find that any of these programs are only as good as the people behind them…whether it’s the person inventing it, marketing it or teaching it.

How to Use the IBC Today

Individuals, and businesses, can still benefit from Mr. Nash’s idea today. Dividend-paying Whole Life insurance is readily available and can be designed to maximize cash value and minimize death benefit, just like Mr. Nash described in his book Becoming Your Own Banker. The challenge is finding the right agent who is willing to design a good policy, teach you how to use it correctly and remain available to help you with your policy.

Here are two things you can do to make sure that you are getting a good policy design to use Mr. Nash’s idea:

The internet is your friend, and your enemy, because the right and the wrong, the good and the bad, the true and the false and everything else in between is right in your face.  As always, use discernment and heed this advice from Abraham Lincoln. 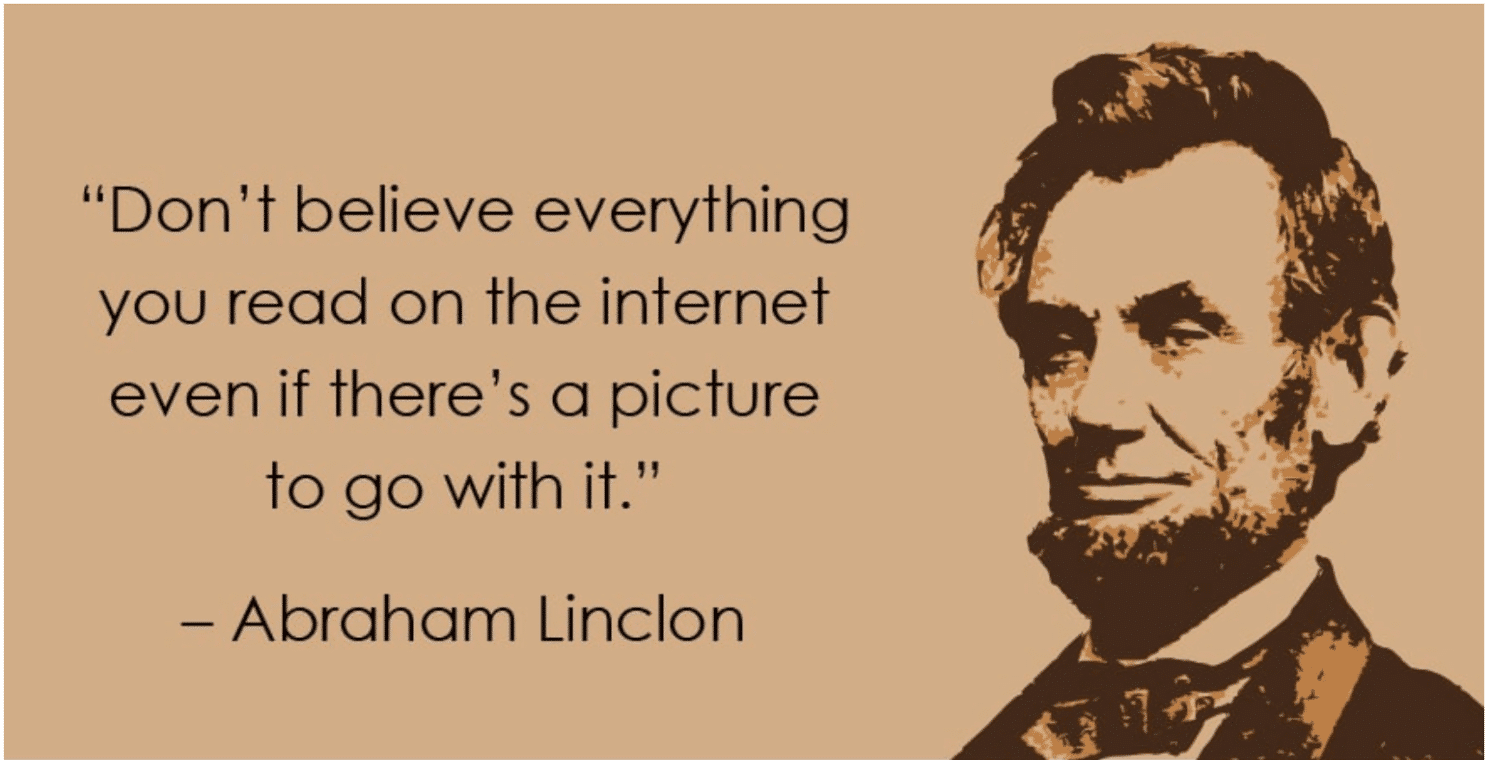 If you are in the market to get a good policy, I’m biased, but I recommend our family’s company, Life Benefits. Not only have we specialized in setting up good policies for use with the Infinite Banking Concept for almost 12 years, we also own and use the same type of policies personally. If you like our educational materials and you are comfortable with our recommendations, please consider working with us.

Whole Life insurance is still the premier financial asset. It provides guaranteed growth, options, certainty, liquidity and tax benefits…all with zero market risk. It limits tax risk, hedges against inflation and lets you pass on wealth tax-free when you “graduate”.

Whether the Infinite Banking Concept continues to exist as a brand or not, our family keeps Mr. Nash’s idea alive. It’s a brilliant idea. It helps people keep more of the money they make and grow their wealth.

We teach individuals, business owners and families, in all 50 states, how to use dividend-paying Whole Life insurance to create exponential wealth. I don’t see that changing anytime soon.

There's a lot of confusion around finance; there's so much to know and it's frustrating when you don't know enough to make the best financial decisions. I like to bring clarity to financial matters so people can make good financial decisions that will help them live wealthier more fulfilling lives. 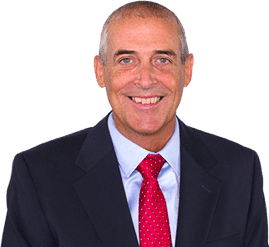 Blowing The Wealth You Have Accumulated

Another One Bites the Dust