Inflation: What It Is, What It Does, and What Can You Do To Offset It 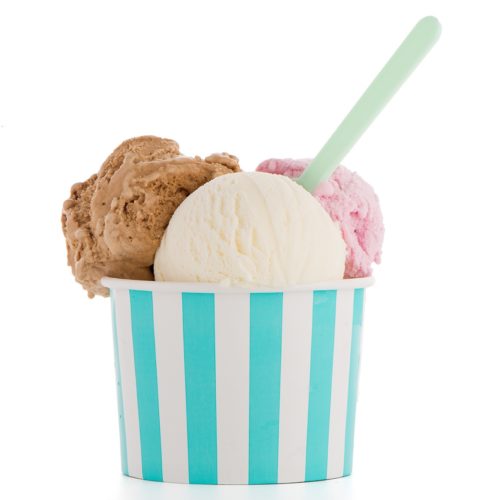 Last week while grocery shopping, we noticed ice cream containers had been reduced from 1.75 quarts to 1.5 quarts, much like what happened several years ago when the containers were reduced from half-gallons to 1.75 quarts.  Of course, what didn’t decrease was the price per container.  Obviously, the creameries are facing increasing cost of supplies and labor and had to make a rather tough decision: 1) Reduce the quantity of ice cream per container, or 2) Increase the cost of each container.  Either way, they are merely passing on their increased costs to the consumer, which in this case amounts to a price increase of around 16.667%.

This is why the discussion of a mandated minimum hourly wage of $15 an hour is so ludicrous.  Whenever the cost of production, i.e., supplies or human resources goes up, the cost is not absorbed by manufactures or business owners, it is merely transferred to the consumers. Those companies who efficiently pass these costs on to their consumers stay in business and those who do not go out of business. Those who go out of business further enhance the creation of monopolies who then control prices as they choose, not according to consumer supply or demand.

Inflation is often blamed on business owners and manufactures, but what really drives inflation is governmental regulation and spending.  Whenever government wants more money to spend, they either increase taxes or merely promise the Federal Reserve Bank a larger percentage of taxes which will be collected in the future.  In exchange, the Federal Reserve Bank issues more money.

When more money is issued, it is like diluting a drink with water.  The amount of alcohol, orange juice or base is not reduced, but merely becomes weaker as more water is added.  Government cannot add value to the dollar by allowing the Federal Reserve to issue more money or by requiring employers to pay higher wages to their employees. If they could do either of these, it would be like making a drink stronger by adding more water.  But as everybody knows, adding water to a drink dilutes it, making it weaker, not stronger.

Today your dollar is weaker, not stronger, than it was yesterday.  This is why your dollar can’t purchase what a dollar purchased yesterday.  The ice cream example mentioned above proves this fact.  How much your dollar has been diluted over the past 20 years is unsettling. $100.00 in 2000 purchased what would require $154.31 to purchase in 2020!

This is why saving money has become entirely meaningless because first of all, whatever amount of money you save will never be worth what it was at the time you saved it.  Secondly, saving money and expecting the rate of return to overcome inflation becomes almost meaningless as well. This is because earning a 6% annual rate of return can easily double your money over 20 years, yet with inflation a 6% annual return, which is greater than the annualized return of the S &P from January 2000 to January 2020 of 4.73%, on $100.00 would only provide $57 more in purchasing power over 20 years.  This reduces the real value of those returns to a mere 2.28%.

By the time taxes have been paid on the growth, even this real value has been swept away, lost to government, because of inflation and taxes. Do you see why saving and investing, hoping that the rate of return overtime will build wealth, is NOT the best financial plan? Unfortunately, it is the only plan most Americans have as they focus completely on offensive moves and pay no attention to defensively protecting what they keep and earn.

To combat inflation and other taxes you must keep more of the money you make.  Building sustainable wealth is a lot like keeping a relationship. It takes commitment, attentiveness and cultivation, all of which require work, respect, education and faith. Without these attributes you will end up struggling to save a relationship rather than keep it, and without them you will also end up exhausting yourself trying to save more money and earn higher rates of return instead of keeping more of the money you make.

No doubt about it, inflation and all types of taxation, is a relentless nemesis to building sustainable wealth.  But inflation is deceptive and insidious because it is like an inaccurate scale or an unjust balance. It destroys the value of your money without you ever really realizing it.  But it also destroys time because it requires more time to make an equivalent amount of money to overcome the lost value your money suffered because of inflation.  Today, inflation is the most significant reason why two income families are having difficulty surviving when single income families were able to survive and thrive sixty years ago. Of course, the most obvious and challenging consequence of inflation is the increasing cost of everything.

Participating whole life insurance on the other hand is a hedge against inflation and provides protection against taxation.  Here are a few reasons why:

Equity builds much faster in a well-designed participating whole life insurance policy than in most real estate mortgages.  This equity provides a way to use money multiple times while only having to pay the cost of using money once, which is exactly what banks have positioned themselves to accomplish in order to outpace inflation.  By increasing the volume of interest earned banks use the velocity of money to produce profits in spite of inflation.  Here’s an example of how this works for a participating whole life insurance policyholder,

This is why smart money managers use participating whole life insurance.  It is the best defensive tool to help build sustainable wealth and it is a great protection against inflation, that deceptive and insidious thief which steals from everybody.

I like ice cream, but at some point, paying stadium prices for store bought ice cream will make it much less enticing.  History proves this, from Argentina to Zimbabwe, with many others betwixt and between, inflation destroys nations.  Today our country is in debt by nearly 50 trillion dollars, but it is only collecting around 4 trillion in taxes each year.  Our GDP, Gross Domestic Production, per capita in the US, is only a meager $63,730, even though we are the richest country in the world.  There is only so long our government can continue to spend its citizens’ money before the money is all gone and the game is over. Once the value of our money is diluted to zero the end has come.

The good news is, those of us who remain productive, wisely managing what we have produced, will be the ones who survive to pick up the pieces and start over again.  So, keep on keeping more of what you produce so we can rebuild a new economy when the one we currently must live in collapses.