It’s Your Money; You Should Know! 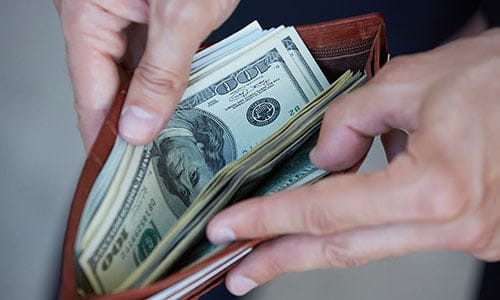 It’s hard to remember when there wasn’t 401(k) plans around to defer taxes on the money you were investing for your retirement.  And most of you reading this blog most likely won’t remember that 401(k) plans were originally called “salary-reduction plans.”[i]   Obviously, this name wasn’t something anybody wanted to participate in so the name had to go.  Today we are left with the impression that because a 401(k) plan is now called a “qualified-plan” it is somehow better than a salary-reduction plan, even though they are one and the same.  George Bush even went so far to “hail 401(k)s as a pillar of the ‘Ownership Society’”.[ii]

But what few people know is that the creator of the 401(k) plan now calls the whole thing a monster.

“This monster is out of control… And I’m not convinced we have added value by getting more complicated.”

As qualified 401(k) plans self-destruct because of employees’ misunderstandings of how the plan really works, according to Ted Benna, the father of these plans; Benna has a another plan that he believe will ensure this “salary-reduction” idea of his will work better.

Wow!  Sounds like freedom ringing.  Or am I being to sarcastic?  How different is this than the scheme that sold the American public on Social Security being an insurance policy?  It’s your money, you should know!

Of course, as we know, the first of Benna’s four 401(k) survival strategies has already been authorized by the IRS.  In Revenue Ruling 98-30 the IRS ruled that “A 401(k) plan may require mandatory 401(k) contribution to be withheld from eligible employee’s compensation, if the employer gives appropriate notice and employees have the opportunity to elect out of the mandatory contributions.”[iv]  And that means the remaining three are most likely to follow.

So what can you do to protect your money from being taken from you to line some money manager’s pocket from the fees and penalties that you will be faced with if you attempt to utilize the money you’ve been forced to “contribute” to your 401(k) plan.

By now you obviously can realize that money tucked away where somebody else controls the terms of you being able to access it, invest it, manage it or liquidate it, will never produce the value you can produce when you have, absolute ownership and authority over.  This monster Benna created, the salary-reduction plan (aka the 401(k) plan) needs to be fully understood by you if you’re sincere about your financial future.  Don’t be hoodwinked by the fact that it’s called a qualified plan.  Qualified merely means the IRS has approved it.  Just try and figure out what else has the IRS has approved that has made your life healthier, happier and wealthier.  If you can’t put your finger on anything really quick you might give us a call to find out what a NON-qualified plan would look like for you.  A plan that does give you complete ownership, control and authority over your money and also provides guarantees that a 401(k) can never provide you.