Kissing the Dog on the Lips 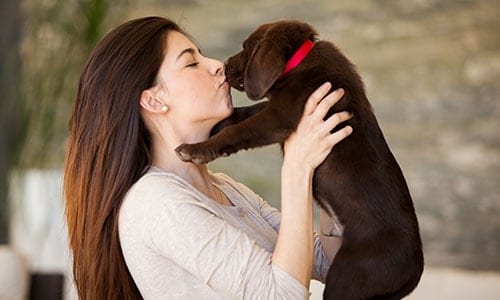 Commitment is a rare quality because when commitment is compromised it destroys the wealth that can only be attained because of its cultivation.  A good parody of the value of commitment was best described by the late Rodney Dangerfield when he joked that, “It’s tough to stay married.  My wife kisses the dog on the lips, yet she won’t drink from my glass.”  On observation, it is amazing how many people long for a “marriage-like” commitment with clients, friends, business partners and customers but want no part of such a commitment with a spouse.  And that is unfortunate because as Moliere, one of the greatest playwrights of Western literature, noted, “Love is often the fruit of marriage.”   And, this love or value that Moliere speaks of, only comes as a result of unwavering commitment.

Let’s examine the value of commitment from another perspective.  There are two classes of people in the world:  Those who aspire to greater things and those who don’t.

Those who aspire to greater things, concern themselves singularly with things that others don’t.

Case in point, some are conscious that what they do today dramatically touches others as well as impacts those who will live tomorrow and beyond, while others could care less about what happens to the rest of the world once they have lived their life and are gone. It is this former group of folks who are willing to postpone their own immediate gratification in order to develop, achieve, build and acquire the wealth that can only be derived through this kind of love and determination.

Not so with the second group. This class of people simply want to get through.  They are not visionaries and they don’t appreciate the fact that the past is a window for today and an insight into what will be tomorrow.  They fail to grasp that what they do, or don’t do today, will alter their future, as well as the future of others, forever.  And even if they do grasp any such significance, they simply don’t care enough to delay their own gratification long enough to affect a different outcome.  Instead they concentrate their vivacities on being entertained, sexually or gastronomically gratified or by the important feeling obtained by substantiating a pseudo concern about the size of soft drinks being sold to kids, rather than being truly disturbed over the lack of school choice that is available and accessible to children.

Literally, it boils down to value of commitment.

Time and time again we hear from those who boastfully possess no concern about anything after they are dead and gone.  All they want to know is, “How is this going to help me?”  Well, bluntly, it isn’t going to help you nearly as much until you get your value of commitment turned around.  Hoarding up a bunch of money so you can assure your own self-gratification has a tendency to backfire pretty consistently.  And the reason for this is because the issue is approached with a wrong perspective.  Approach a dog from the wrong side, expect to get bitten.  The same is true in life.  If your major concern is about being entertained, gratified or some other silly notion, you might as well kiss that dog on the lips right now and get it over with. Because that’s nearly all the gratification and enjoyment you’re going to get out of life anyway.

However, if you want to really experience fulfillment, approach life from the perspective of the other class.  The perspective that comprehends that immediate gratification isn’t the be-all end-all Santa Claus that others have been duped to believe it is.   Commitment in relationships is imperative to their strength. Developing and building them takes time, restraint and discipline.  But the opulence that results from expressing this kind of value is more than worth it all because it produces a gratification that leaves you fulfilled, content and enjoying a wealth beyond expression, instead of a longing and loneliness that comes from anything less than this kind of value of commitment.

That is why life insurance is so important to us at Life Benefits.  Those who own it have established to what class of people they belong.  They have a value of commitment that distinguishes themselves from those with shallow concerns.  They understand that their life will be more fulfilled now and in the future.  And they realize that because of their value of commitment they are making the world a better place for those who come after them.  In other words, their value of commitment is a genuine care and concern about the world and what happens to it once they are dead and gone, not some silly thing about the size of soft drinks being sold today.  And more often than not, they really do want a “marriage” relationship, not merely self-gratification.