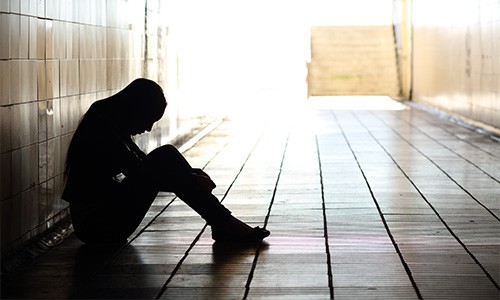 According to the Journal of Psychology loneliness and depression are a growing concern in Post Western Modern Societies.

Picture the loneliest person in the world you know.

Now think of someone who is desolate.  No family, no friends no connections.  Yet that person still has to eat, live and survive and do all the things that everybody else has to do to live.  This has to be the harshest picture of loneliness imaginable, because “Who am I doing all this for?” remains the blatant question.

This is what King Solomon understood thousands of years ago when he wrote that two people can accomplish more than one person alone and a third person is even better because a cord of three is not easily broken.

I recall back in 1986, before I was married, how lonely it was working simply to support myself.  It wasn’t that I wasn’t making a lot of money (in today’s world I would have been earning a 6 figure income.)

In giving to others I was able to get past my loneliness and understand that I was a significant part of a more important cause.  I become a part of a team effort the purpose of:  Making someone else’s life better.  In doing so I found that it made my own life more worthwhile and meaningful.  I became wealthier!

Humans need a higher purpose.  We need something greater than ourselves, to work and exist for.  If we don’t find this purpose, then life becomes the loneliest place in the universe.

In other words, we humans were made to “coexist.”  Not necessarily the way this term is currently used today but in a way that makes our lives better by enhancing, enriching and encouraging others.  In a word, we are here to make others wealthier.

One alone is not good!   Two together can accomplish much more and three pulling together are rarely defeated.

Defeat is something you never want to experience!  Being alone increases your odds of defeat exponentially.  It is always better to have others who’ve “got your back.”

That is what mutual life insurance is all about.  Someone always has “your back.”  You are never alone!  And at the same time you’re always covering someone else’s “back” too.  That is mutuality at it’s very best.

The nature of a mutual life insurance company allows you to participate in the profits generated by the company while covering your liabilities.  It is an awesome thing to be part of!  Something most people never opportune themselves to participate in.  HOW LONELY and DEPRESSING!

Being a participating member of a life insurance company is a powerful way to overcome loneliness and depression. When you know you are helping others you don’t have to deal with those negative, callous, cold-blooded emotions that overcome you when you’re simply looking out for number one.

You, the other policyholders and the mutual insurance company…a cord of three that is not easily broken.  NO other companies in all history have been profitable for over 150 consecutive years.   What a team to be part of!