Losing Your Money is Optional 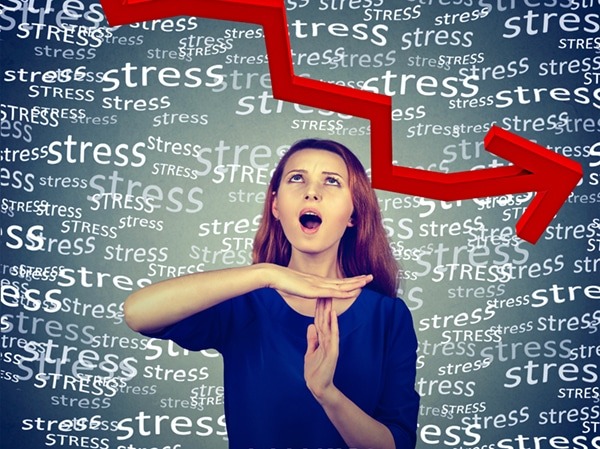 That was the tattoo inked on the arm of the fellow sitting across the aisle on the plane.  And it is that same line of thinking that coaxes opioid users to have “Narcan Parties.”

Narcan parties are the newest thing on the block with opioid addicts.  This is where groups of opioid (usually fentanyl) users get together and experiment with how much opioid they can take before they almost die from overdose, knowing beforehand that enough Narcan (Naloxone) is on hand, having been provided free by local government, to bring them out of a near death experience.

While you might be thinking, “How unconscionable”, according to prosecutors and law enforcement across the nation, this is how the good will of government has encouraged greater drug usage rather than diminish the drug use of millions across America.

Here’s another story of government good will.

Forty-five years ago, Americans were saving more than 14% of their income, fearing that if they didn’t Social Security wouldn’t be able to provide enough for them to live on once they retired.  Since then the saving rate of Americans has toppled to less than 5%, and at times it has even dipped into negative savings rates. And still today, 90% of Americans, age 65 and older, depend on Social Security for at least 50% of their income.

You see, politicians determined that 14% wasn’t good enough for Americans to be saving.  So, they got together and they passed the Employee Retirement Income Security Act of 1974.  Their intent, supposedly, was that if you didn’t have to pay taxes on what you saved, when you saved it, then you would be able to save more.

As with most other good will government programs, the opposite has transpired.  AND, the place you had to put your tax deferred savings, allowed government to collect even more taxes once you retired than if you had simply paid those taxes on your savings as you saved.

But the biggest disappointment about this good will government program is that it encourages the same mentality that was inked on the arm of that fellow across the aisle on the plane.  “Faster, faster, faster, until the thrill of speed overcomes the fear of death.”  And this discernibly, doesn’t hold true for your investment savings.  Instead of saving, Americans began to invest in these government programs which increases their risk of losing money.

Yes, it might be thrilling to experience the exhilaration that comes from riding out a huge market swing, IF you are on the right side of things.  The problem is, the majority of people are NOT on the right side of things when the market decides to take a huge swing.  Then they end up chasing the market trying to get on top of the wave but typically get buried in the trough.

Aesop’s fable of years ago shares the most logical way to keep you from losing your money.

There is categorically NO reason for you to risk losing your money; either by chasing market returns, assuming higher risks or exposing yourself to greater losses in hope of gaining more money.  In fact, this kind of reasoning goes against your very nature.

You are hard wired to have an aversion to loss. If you weren’t, you would have never learned to walk, feed yourself, become independent, or grow up to be an adult.  In other words, your pain from a loss is a bigger motivator for you than the joy you experience with a gain.  In psychology this is called LOSS ADVERSION.

Put bluntly, if you stand to lose a $10 bill in a coin toss, you would have to have the possibility of earning much more from that same coin toss than $10, or you wouldn’t accept the risk of participating in that coin toss.  Las Vegas, Reno and Monti Carlo are all well aware of LOSS ADVERSION.  That is why you can get free rooms, free drinks and free food when you come to game at the casinos.  They want you to have a greater feeling of gain as they take the money you lose.

Politicians were aware of LOSS ADVERSION too when they passed the Employee Retirement Income Security Act of 1974. They knew that they would end up collecting more in taxes from you in your retirement than what you ever would defer during your working career. So, they made it appear that your biggest loss was in having to pay taxes on your money when you saved it.

The good news is that losing your money is optional.  You don’t have to participate in the political ploy of deferring your taxes today so that you can pay more to Uncle Sam when you retire, mañana.  Yes, there is no question that you have the potential to make money: “Faster, faster, faster, until the thrill of speed (the experience at the moment) overcomes the fear of death (loss) ,” if you defer your taxes.   But that mentality is a druggie’s mentality because the more you make using this tax deferred system ALWAYS means you will lose more in taxes in the future.

The best way NOT to lose your money is to pay your taxes NOW and then keep your money in a tax preferred place so that you will NEVER have to lose money to the tax man again. NEVER.

Always taxed versus NEVER taxed!  That is your option.

If you want to stop losing your money by paying unnecessary taxes call us at 702-660-7000.  It’s not magic, and it’s not a political ploy. You can chose NOT to lose your money, and instead, slowly and steadily win the race just like Aesop’s tortoise.