Minimalism: How It Effects You and Your Future 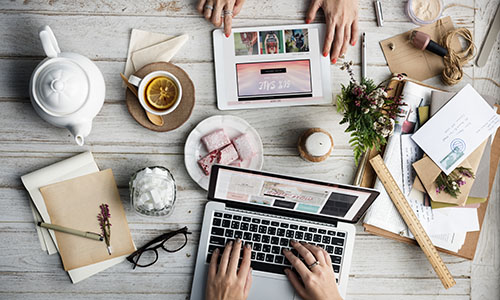 According to Joshua F. Millburn and Ryan Nicodemus, who are reputed as “The Minimalists” by millions of their followers, “Minimalism is a tool to rid yourself of life’s excess in favor of focusing on what’s important—so you can find happiness, fulfillment and freedom.” And if this is what being a Minimalist really is, then I’ve been a Minimalist for 56 years and counting.  I hate being encumbered by non-essentials that only muddle up one’s life.

However, if becoming a Minimalists means avoiding, abstaining or eliminating the things that allow us to be more productive, happy, fulfilled or simply liberated to bask in the freedom we all desire, then Minimalism is obviously a modern word for Asceticism. And Asceticism is, at best, a religious fraud, and, at worst, the abysmal path to self-destruction.   One needs to look no further than compulsive disorders that plague our society to comprehend the culminating results of Asceticism.

There is no disputing that living with/on less can be better in some instances, but nobody, honestly, looks forward to continually living with less and less even though there is some profound logic in realizing that disorder, untidiness, and wastefulness destroy productivity.  As to whether that has any connection with your being happy or fulfilled is mute because everyone knows somebody who is as happy as a lark but has clutter and untidiness strewn all about them.  And then there are others, who are very tidy, have reduced their ownership to nominal levels but remain paranoid and anxious as the happiness they seek evades them.

This is because happiness isn’t dependent on things.  Happiness is what you think about and believe in.

Freedom, on the other hand, is made possible NOT because we have less but because we are content with what we have right now.  Therefore, to say that reducing your ownership and stewardship to marginal levels will necessarily produce the freedom you desire is futile.  Many a captive has been locked away in a dungeon or prison with nothing to call their own. But even though they owned nothing, owning nothing didn’t make them free.  Even so, some maintained their happiness and others did not.  But both were captives, not free!

In financial and money matters, some believe that eliminating your debt will make you free.  In other words, if you become a financial minimalist you will finally experience the freedom you’ve been looking for.  But this is dead wrong!  Financial freedom comes to those who realize that debt is not a dirty four letter word but something when managed wisely will liberate you financially enough so you can experience the financial freedom that you desire.

And of course, everyone knows, money can’t buy you happiness. But money does buy things and services which can alleviate a lot of hardship.  And without certain hardships one can express their happiness in a more leisurely way.  And there is nothing wrong with that. Just don’t forget that too many things and services can distract you from the happiness you are looking for, especially if they become your focus instead of happiness being your goal.

We’ve discussed happiness and freedom, but what about fulfillment, especially financial fulfillment?  Financial fulfillment is really the practice of contentment or the liberty to be free.  Being content with who you are, where you are, and what you are or have, is the art of fulfillment.  But fulfillment also has an element of anticipation and should not be confused with being satisfied.  So when considering what financial fulfillment may look life for you, it is important to ask yourself this question, “How much is too much?” And of course the answer is, “No amount is too much” because the more you have, the more you can assist others who don’t have.  But even beyond helping others we have to ponder the effects of inflation.  Inflation destroys the dollar you save today for tomorrow’s needs.  And therefore nobody knows how much will be enough, even if there are no “extras” needed in the future. Whereas, “ridding yourself of life’s excesses,” would annihilate your happiness, fulfillment and freedom instead of securing these assets.

Finally, the bottom line is, it is much easier to be happy, fulfilled and free, living with an Abundant mindset rather than an Ascetic mindset. So if your Minimalistic philosophy allows you to be more abundant, congratulations, it is exciting to be happy, fulfilled and free without being “possessed” by things.  If, however, your Minimalistic mindset encourages you to become less accountable and more dependent on others because you have given up what really makes you happy, fulfilled and free, in pursuit of finding some make believe nirvana then stop it!   Then reassess what it really means and takes to afford true happiness, fulfillment and freedom, otherwise time will pass on and it will be too late.