Nearly 1 out of 2 Pay NO Federal Income Tax! 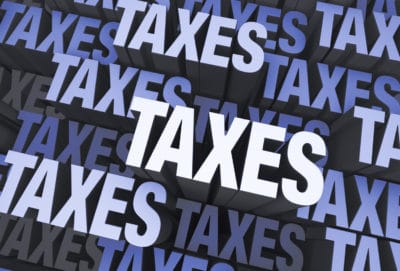 You read it right, more than 44% of Americans pay ZERO federal income tax. That means that over 76 million people won’t pay any federal income taxes on their 2018 income which is more people not paying taxes than before the Trump tax cuts went into effect.

According to the Brookings Institute and the Tax Policy Center, “…this is a feature of the new tax code, not a bug. The new tax code specifically has excluded a significant number of households with the standard deduction, zero tax brackets and tax credits.”

Get this, the top 0.1% of income earners in the US, according to Pew Research, pay 39.2% of all federal income taxes, while the bottom 20% of income earners pay nothing. And then there are corporations which often pay zero federal income tax like Netflix, a corporation that paid zero taxes in 2018 even though their profits were in excess of $840 million!

But back to individuals that pay zero in federal income taxes. To clarify, we must say that they don’t pay taxes to the IRS. They pay those taxes indirectly through the increased cost of goods and services from corporations like Netflix.

Then there are payroll taxes, (i.e., Medicare and Social Security) neither of which are projected to remain solvent past 2026 and 2035 respectively. And therefore, much of the taxes that the middle class and lower income classes are paying will never benefit them in the future. This means that the middle-and lower-income classes need to be keeping more of their own money in a guaranteed account that will sustain them in the future.

Median net worth of American families is only $97,300, according to MarketWatch. And that means Americans need to adjust their life style to keep more of what they are making. This can best be achieved by keeping your money in a secure place that allows you to continue to earn guaranteed returns plus dividends, while you are allowed to leverage it to offset the cost of financing and investing.

Without this freedom, the time value of money will destroy your financial future as the constant restriction on leveraging your own capital to gain the opportunity to use other people’s capital, hold you at a disadvantage. Of course, traditional financial planning is notorious for preventing you from leveraging your own capital and that is why Participating Whole Life Insurance is so popular among those who really understand how money works.

Steady, constant growth of your own money, while exercising the privilege to access other people’s money to invest and manage is a two edged sword that can cut through a lot of taxes, lost opportunity costs, fees and penalties which ordinarily destroy much of your wealth when traditional financial advice is followed.

“If you want the same results that everybody else is getting, then continue doing what everybody else is doing.” But if you desire and need something better for yourself, then you need to start doing things differently than everybody else. There is no question about “if” you deserve better. The only question is, “Are you disgusted enough with where and what you have, to do something different? Know this, it will never be easier to begin the journey that will guarantee you better future than today. Time is on your side today. But as time progresses, time will become the most limiting factor about what you can accomplish.

Avoiding taxes is great, when done legally and ethically. But avoiding taxes simply because you earn less than where the progressive income tax rates begin is not a viable option for your future. Take time today and discover that keeping more of what you make is the better way to prepare for tomorrow. Call our office, we are here to help you. 702-660-7000