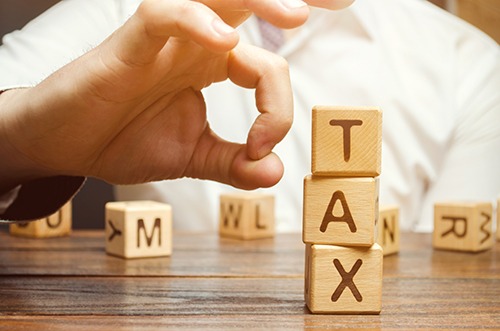 If you really believe that the new Democratic Tax Plan was supposed to make the extreme wealthy pay more taxes, then you have been hoodwinked.  That is because a special clause in the tax plan inserted by Ron Wyden of Oregon and supported by most of his caucus, which would allow the extremely wealthy to receive a huge tax refund, that’s right a REFUND, whenever they have experienced a loss in the previous tax year.

Thus, someone who loses 40% of their net worth in one year can receive a tax refund the following year which would basically override the effects of that loss.  This Wyden clause would only benefit those who are heavily invested in stocks, bonds, mutual funds and EFTs but NOT real estate or other assets.

Obviously, there are only a select few who would be exposed to such losses and be eligible for the tax refund, thus shifting the wealth of our nation further and further away from the middle class and more and more into the coffers of the super wealthy.

Furthermore, small business owners would suffer under this new tax plan, being forced to sell stocks or assets in order to pay higher taxes which are included in the Democratic Tax Plan, while the super wealthy would be able to afford to pay those higher taxes by creating a valuation change, qualifying them for the tax refund which would come the following year.

Another bad idea in the Democratic Tax Plan is allowing the IRS to audit any bank account that has more than $600 pass through it monthly.  Treasury secretary Yellen, states this will allow the IRS to catch the wealthy people who are avoiding taxes they should be paying.  What a farce that is.  This will only make it easier for the IRS to spy on what, when and where you spend money.  This reminds me of the HIPPA laws which the Clinton administration and Bush administration passed which were supposed to protect your health and medical information from being passed around without your consent. In reality, these laws allow the government, insurance companies and law enforcement to access that information without your permission.

Never has it been more important to get your money into contracts where it can grow without taxation, and without the government spying on how much you have or when you use it.  Smaller companies and middle-class individuals who desire to keep more of what they make, in spite of the raging inflation and soaring taxes, are wisely turning to participating whole life insurance.  Money kept in participating whole life insurance contracts allow the owner to manage that money without the apprehensions associated with the new tax plan or the super inflation which is regrettably stealing money from everyone except the super wealthy.

The super wealthy always find ways to keep from actually losing money because of higher taxes.  They lobby Capitol Hill and the White House to make sure there is always a back door provided for them to escape any consequences which new taxes create.  Of course, the politicians are paid handsomely to provide these back door solutions, but that is no surprise.  Until we the people take action to protect our rights against unfair and unethical taxation it will only get worse and worse.

Purchasing your own participating whole life policy, is the first step to taking back some of your rights concerning how much of your money you get to keep and how much the government will take and transfer to someone else.  Nelson Nash reiterated this fact over and over again while he was still with us.  It was his lifetime objective to see the tax system and the inflationary policy of the United States defeated.

If you like what is happening to our beloved country, then you won’t be interested in purchasing participating whole life insurance.  But if you are concerned and care enough about what is happening, then purchasing a participating whole life insurance policy is one step in the right direction to restoring the values and principles upon which this great country was founded upon. Call us. We can help.