“One Excuse Is As Good As Another” 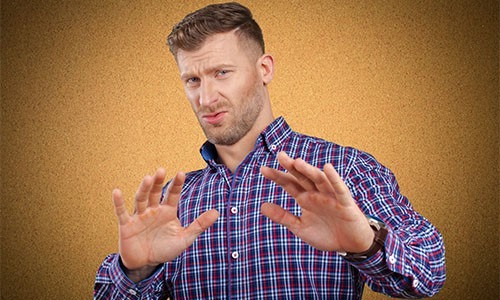 Those were the words George spoke to me when I gave a “genuine” excuse for being late.  And of course, George was right.  That’s because George was an efficiency expert and was attuned to cut to the chase and not beat around the bush on anything.

The “reasons” offered up today in attempts to excuse certain behaviors, attitudes and choices are quite amusing.  Whether it be an excuse to break a dietary restriction, consume alcohol (of course for medicinal benefits only), or simply be a bum, there are literally millions of excuses, and every one of them is as good as another.

Here are some of the most common excuses we hear. “I don’t care about life insurance because…”

So here is a fascinating report:  “Thinking about your impending death might push you to be more successful.”[i]  This has now been proven according to two studies performed at the University of Arizona which will be published in the Journal of Sport and Exercise Psychology, a peer reviewed journal, next month (Dec 2016).

Wow!  Those who plan around the only unavoidable thing common to every person today; namely, death, become more successful than those who use excuses to avoid thinking about death.  That is a very powerful because “Everybody has their own thing in which they invest…their legacy and symbolic immortality,”[ii] says Uir Lifshin, the co-lead investigator of the research.

Fascinatingly, the more a person realizes that death is an unavoidable event, the more successful they become…30% to 40% more successful, according to these two University of Arizona studies.

And that means, that you cannot afford to make any excuses about planning for the only unavoidable event of your lifetime.  To do so is to destroy the success that could have been yours to enjoy while living.

The good news is that this research explains why those who plan for the unavoidable are typically much more successful than their peers who choose not to do so.  A good example of that is how wealthy Americans are purchasing participating whole life insurance in record numbers today and with huge premiums.  They understand the guarantees, the tax free accumulation provision, and the liquidity that participating whole life insurance provides them while living.

Amazingly though, until you come to grips with the fact that you are a mere mortal, life insurance is the last thing you care to think about.  And yet, it doesn’t have to be this way.  In fact, acting on the understanding that the living benefits are the most important part of owning life insurance will automatically provide you with the greatest amount of death benefit when you actually die.  Yet, most people focus on the death benefit, overlooking the value of the life benefits.  And pathetically, their focus costs them dearly because then they make up all kinds of “genuine” excuses of why they can’t afford or want to own participating whole life insurance.

The key is to realize that death is unavoidable and the best way to make the most of today is to prepare for that upcoming event.  Using participating whole life insurance to prepare for that event creates a huge opportunity for you to benefit from guaranteed returns, tax free accumulation and growth while giving you access to other people’s money while you are still living.  And when that unavoidable event finally does come, you will have lived a far more successful and profitable life and still can be very  proud of the legacy you leave behind.

[i] DailyMail.com  Is Thinking about your own death the key to success? Cheyenne Macdonald, 11/2/2106