The Power of Planning for Perpetuity 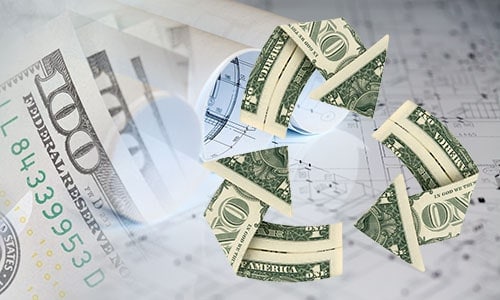 There’s a lot to be said about the power of planning for perpetuity.  First and foremost is the fact that if you don’t plan, you’ll never get off the ground.  But when you “Shoot for the moon and miss, you’ll be among the stars.”[i]  Miserably, most never get off the ground because they’ve never had the vision or fortitude to dream and think big.

For some, they simply never stop to fathom how the future can be altered through the provisions of today.  Others are too busy finding every excuse and statistic to prove that nothing can be improved upon.  While others are surrounded by negative influences that disseminate doom and gloom, the fodder of pessimism and negative outlooks on life.  But even so, others rise and tower above the rest because they have discovered the power of planning for perpetuity.  It is to these giants, that we owe our most sincere gratitude because they have left the world a better place because of their forethought and foresight.

Think of Hammurabi’s Code dating back to nearly 2000 years before Christ.  Hammurabi’s planning about money, property and business transactions provided the necessary commerce that improved the well-being of everyone.  Or consider the Law of Moses, which introduced the idea of mercy, justice for all, protection of the oppressed and sanctity of human life, without which barbarous living would still be the norm.

Of course there are others, Socrates, Newton, Einstein, Bonhoeffer, the list goes on and on.  But it is because of the power of their planning for perpetuity, or better, the results of their planning, that we remember their names today.  In other words, it is on their shoulders that we stand today, much taller than any of them stood themselves.  And because of our advantage we have the ability to see much further than they ever had hopes of seeing. Yet we know that they did catch a glimpse of the possibilities, or they too would have become the victims of the gloom and doom that is always prevalent, providing an excuse or statistic to prove that nothing can be improved upon.

The Perpetual Wealth Code™ is a powerful way of planning financially for perpetuity.

But there are many who prefer to accept the gloom and doom that provides an excuse or statistic declaring, “It can’t be done!”  The prophets of doom are more than willing to provide any reason to those who refuse to “Shoot for the Moon”.  And, pitifully, there are those who simply can’t fathom what it would be like to miss the moon and live among the stars.  And so they never even attempt to get off the ground.

But none of that negates the power of planning for perpetuity.  Because you can rise out of the doom and gloom in spite of what the naysayers continually pronounce as fact(s).  It will take every ounce of effort and energy that you have and can muster, but you can “Shoot for the Moon.”  In fact, you can use the alternative, as a motivation rather than an acceptance of the defeatist status quo.  But realize that only you can call that shot.  It is you who must decide to make the desire of your heart come true. Nobody else can make that decision for you.  And remember, it is those who decide to “Shoot for the Moon” that will be the ones who the world remembers, because they are the ones who change the world. It is the changes they make that will perpetually alter the future.

As a precautionary, never succumb to the idea that you can’t make a difference.  Everybody has the ability to alter the way things are, for better or worse.  The ripple that your life creates on the surface of the water of life, will either be a perpetual benefit or a perpetual drag on the future.  You are not a rock or an island whose thoughts, actions and ideas are isolated from the world around you.  This fact is nowhere better proven than with money and finances.  And the Perpetual Wealth Code™ is the proven way to powerfully plan for financial perpetuity.