The Predatory Culture of Hollywood And the Financial World 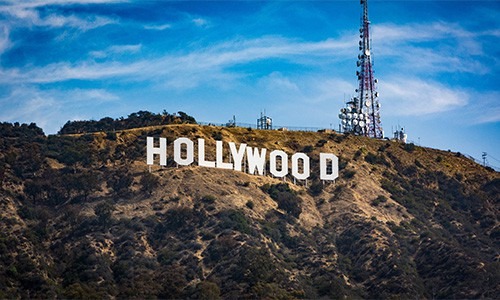 Disgusting as it is, the predatory culture of Hollywood has been well known for years.  35 years ago, a Hollywood playwright shared with me and a good friend of mine, how sex was often the price paid to land a highly desired role in the movies and/or TV serials.  So, it is mind boggling for me to see all the self-righteousness being displayed surrounding the Weinstein tragedy.  Yes, it is horrible what Weinstein did, and yes, it is insane that news outlets and other prominent players in Hollywood and politics appear to have squashed the efforts of the few who attempted to expose the debauchery.  But in sincerity, how many of the adults, who now claim to have been victimized, were willing performers on Tinsel Town’s “casting couch” to gain the fame and fortune that the silver screen provides and that they so desperately crave?  Seriously, where does the responsibility begin and end for those adults who enabled this predator, and possibly many others, by feeding his insatiable perverted appetite and in so doing invigorated him to prey upon still others?  Yet, all the while the “victims” gloried in the role received resultant to their participation.  I mean, everybody seemed to know about Weinstein’s perverted behavior, why are these adults now saying they were victimized when everybody knew who and what he was up to?

This may seem harsh, but Weinstein’s story emulates the world of traditional financial planning so closely that it is surreal.  Think how financial planners and money managers (predators in their own arena) pick and select their victims by preying upon the fear people have about their financial future.  Observe, how these predators literally rape their clients financially by siphoning off as much as 80% of the profits[i]  while their “victims” struggle with the “average 42% losses that occur every 8-10 years.”[ii]  But who is responsible for this relationship?  Financial planners? Or the people who never own up to their own fear and greed? It isn’t like nobody knows what is going on because there is plenty of evidence to prove that financial planners and professional money managers are no better than monkeys who pick and choose market positions by throwing darts at stock picks on a dart board.[iii]

The question therefore isn’t how to make financial planners and money managers become honest and stop knocking-up their own clients.  That simply isn’t going to happen because it’s the nature of the beast.  The solution obviously is, taking responsibility and controlling your own fear and greed.  This can be the only logical solution because perverts and predators will always be perverts and predators and it is up to you to avoid them if you don’t want to be taken advantage of by them.

Nobody can ever manage and control your own emotions better than you.

And it doesn’t help to say that you were “victimized” when the evidence is so abundantly available to have prevented you from being compromised in the first place.  Simply put, never let fear and greed overcome common sense and logic. This will prevent you from being taken advantage of by the perverts and predators in the financial world.

Back now to Weinstein.  Should he be held accountable for all the heinous acts he has perpetrated upon others?  Absolutely!  As should all the financial planners and money managers who, knowing the risks, expose their clients to those risks anyway merely to assure themselves a profit.  Here though is the cusp of the matter, clients and those adult Hollywood “victims” are culpable too, because when they set aside their common sense and logic and lay down on the “casting couch” they willfully accept the risks involved.  Which means crying “victim” when it all comes crashing down is much like crying “wolf, wolf” when there is no wolf. The story of the native American who picked up the nearly frozen water moccasin to warm by her hearth was rebuked by the snake himself when he warmed up and bit her because, she knew he was a water moccasin when she picked him up.  Avoiding known perverts, predators and water moccasins, is the only way to prevent being taken advantage.

Weinstein and others who habitually take advantage of others, will reap their due reward, but in the meantime the rest of us must become more vigilant and wake up to the fact that no amount of glory, fame or wealth is worth compromising our values.  When you allow your values to be compromised, you have already determined what you are, and as Winston Churchill once said, “Your price is now negotiable.”

Understanding and valuing participating whole life insurance with its guarantees and profit sharing potential, will go a long way in providing and protecting your financial future.  Avoid the tinsel which speculations and average rates of return promise is advisable because that tinsel is the only glamor that financial planners, politicians and marketing gurus (who don’t value participating whole life insurance) can promise you. Stay off their “casting couch” if you don’t want to get burnt.

Finally, if you don’t mind being continually compromised by the perverts, predators and water moccasins of the financial world, who like Weinstein, habitually profit off the backs of those they have violated, ignore this message.