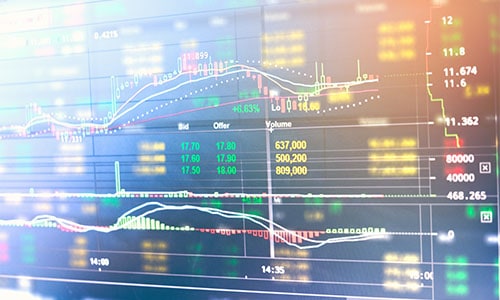 Markets foundered the night of the election and all the academics and intellectuals predicted they would “never recover Donald Trump’s presidential victory.”[i]  Paul Krugman, the darling economist of the Obama administration, predicted that the Dow Jones Industrial Average 750 drop, was the “new permanent reality in the U.S. economy.”[ii]  In fact, when asked when the markets would recover, Krugman reported, “Never.”[iii]  Of course, we all know what really happened the very next day.  The market touched and closed at record highs.

Ludicrously, these ivory tower elitists never seem to learn that the market is unpredictable.  That the people, their beliefs, their trust, and their hopes, or lack of them, have more to do with how markets trend than all of the charts, computer analysis and wizardry of the elitists.

We only have to look back as far as Brexit to see this fact fulfilled.  And yet, those in their ivory towers continue to make prediction after prediction.  Which raises the question, “What do they know anyway?”  And the answer is less than they would like you to think they know.

This is the gallant truth when contemplating the advice of any intellectual and those enshrined in academia.  It is not that ideas and new thinking practices have no value, it’s just that they are not worth as much as the academic or intellectual who came up with them would have you believe.  Solomon did say, “There is nothing new under the sun.”  But these jokers continue to believe they posses some crystal ball that can predict something that has never happened before.  Lunar cycles might be more trustworthy.

Which brings up another historical fact.  It is very hard to beat the concept of mutual consensus… a group of people who have joined together to accomplish a common objective.  Such collaboration and mass determination is seldom void of achievement, accomplishment and assessment.  That is because when two or more are determined to work together, a cord is created that is not easily overwhelmed. This is not some trivial form of socialism, where everybody shares the spoils.  That kind of commonality has been proven detrimental.  No, mutuality is the united efforts of the whole, to improve everyone involved, regardless of their position or post.

In comparison, market volatility is the result of multiple individuals and corporations pulling and pushing to gain an advantage over others and/or those who are hedging their positions to protect their own.

Mutual companies exist to strengthen the entire consensus by cooperating with others who hold and extol like values.  Therefore, the growth of mutual companies is typically slower but more stable, secure and sustainable than stocks, equities and mutual funds. But stability, security and sustainability are what everybody is really looking for.

Nobody would turn these three away unless they lacked common sense. And because of these three traits, we can easily avoid the volatility of the markets by trusting the stalwart nature of mutual life insurance companies who exist for and because of their policy holders, not in-spite-of or at the expense of their shareholders.   By doing so we don’t have to worry and fret about the inane and obtuse predictions tossed about by those impractical intellectuals sitting in their ivory towers.  And because of that we sleep well at night, thoroughly enjoy our days and look forward to a guaranteed financial future.