Real Wealth and How to Create It 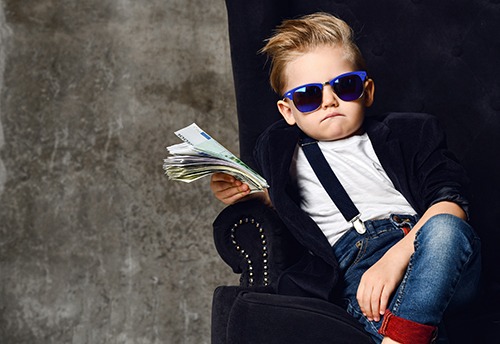 In the latter part of the 17th century Isaac Newton, the brilliant young scientist, and Robert Hooke, a learned member of the elite, were at rivalry.  Hooke, who was jealous of Newton’s young brilliant mind, had attempted to smear Newton and keep him from being elected a Fellow of the Royal Society in 1672.  In February of 1675, Newton in response to one of Hooke’s criticisms, wrote “You have added much in several ways, and especially in taking the colors of thin plates into philosophical consideration. If I have seen further, it is by standing on the shoulders of Giants.”

It has been said, “There are some who live for today, some who live for retirement and others who live in such a way as to leave a legacy.”  Obviously, we all have to take care of what is on our plate today, or we wouldn’t survive for long.  Yet, simply living for today without any thought of the future or any appreciation of yesterday, can create bitterness of which Hooke obviously became entrapped.  Bitterness always diminishes the happiness and joy which today can provide.   For example, some acquaintances of mine never planned far enough ahead in life to even have enough food in the house to cook a simple meal.  Nor did they appreciate the past, recent as it may have been, of what their spouse’s day might have been like.   Milk, catsup and Oreo cookies were all this couple dependably kept in the house in the line of food.  So, every night he and his wife would argue about,

1) What they were going to eat,
2) Who was going to purchase it, and
3) How and by whom was it going to be prepared.

This daily contention over what, who and how predictably ended up with one or both of them becoming emotionally involved and subsequently being less than happy about the meal and with each other.  Living only for today, this couple never experienced the joy which can be derived from a spontaneous dinner date.  Their lives were already so spontaneous all they knew was chaos.  The idea of having a spontaneous dinner date would have merely added one more thing for which they would deliberate and argue.

Unfortunately, the mentality of this couple, living only for today, produced undesirable consequences in other areas of their life as well.  It affected their employment, or, many times, lack of it.  It placed them in a position where they were forced into short term rental contracts instead of being able to afford a long-term lease or even a mortgage.  But worse than any of this, it made them ungrateful dependents on other people, when, with a little effort on each of their parts they could have created a much more joyful and productive life together.

Yet, there are others who live only in expectation of 5 o’clock, Friday night, or their retirement.  These folks have jobs, not for any pleasure or gratification the job provides but merely for the “benefits”.  Interestingly these “benefits” are not even necessarily something which will end up being something profitable for them even though such benefits certainly provide beneficial things for the boss including the boss’s justification for not raising wages. Consequently, this class of people end up exchanging their time for money while denying themselves the enjoyment and fulfillment which only arises from managing one’s own time, money and future.

By willingly exchanging their present time for the uncertainties of tomorrow, those who live their life for retirement destroy the joys which they could have experienced today and ultimately limit the joys which tomorrow may bring as well. Being indentured servants of their boss, they live lives fettered to a job they dislike and eagerly await until each day has ended, each week has given way to the weekend, or until that glorified notion of early or complete retirement occurs. Unfortunately, postponing happiness is not the way to live life to the fullest. Therefore, when the time for which these people are anxiously awaiting arrives, they find themselves grappling with how to experience the joy which this arrival was supposed to deliver.

Don’t get me wrong, trading one’s time, skill and expertise for somebody else’s money can very well produce a happy and fulfilled life.  This is not the issue. It is when this exchange merely amounts to putting in one’s time until 5 o’clock, Friday night or until one retires that the joy expected ends up becoming a big disillusionment, because it is today that we live with a hope for tomorrow.

On the other end of things, those who live life in order to leave a legacy, have an exhilarating and enjoyable life.  Such a life provides contentment as well as inexpressible joy.  This is because when one’s life is lived to create value, with a preference towards others instead of oneself, one’s entire world is expanded, and a new level of living is unfurled. This new level of living, where the simplest things such as a kind word, a gracious smile, a listening ear, or a meaningful deed trigger a happiness which no amount of money or tangible material possession can ever provide is a very wealthy life.  Wealth, which is too often overlooked in the pursuit of happiness, becomes meaningful and significant, because true happiness cannot be found in the tangibles.  This is life’s great oxymoron, when the tangibles are pursued in disregard to the simple things, life becomes dull, misgivings occur and disillusionment displaces the joy, indeed the wealth, which could have been.

Simple things are the recipe to an abundant and wealthy life.  It is the tangible things which are merely a mirage, distracting and displacing the joy which can be had when life is lived with the purpose of leaving a legacy.

Today many slander the idea of a legacy.  Evil is spoken about our forefathers, malicious intent expressed about our constitution, vilification is being articulated concerning our western way of life and the mocking of our Judeo-Christian heritage has become common day.  Unlike like Isaac Newton, those who take part in this ungratefulness neither fathom nor appreciate the prodigious legacy provided them.  Instead, they have chosen to behave like Hooke, abasing and misinterpreting the past in hopes of gaining some fame or personal glory for themselves today.  Yet in appreciating the giants who came before them, humanly flawed though they were, many are still able to build a legacy which others will be able to stand upon and see even more clearly into the mysteries which have been provided for mankind to discover.

Short sighted bigots will always be full of criticism as well as poorly devised solutions which are doomed to fall far shorter than the legacies they critique.  But those who readily learn from mistakes made, who look to the future while attending to the simple things in living today, will become the giants on whom others will stand upon to advance life even further both now and in the future.  Let us all live to build a legacy, not merely for 5 o’clock, Friday night or retirement.  There is so much more to life than these minor tangibles.