Rich or Rich and Famous? 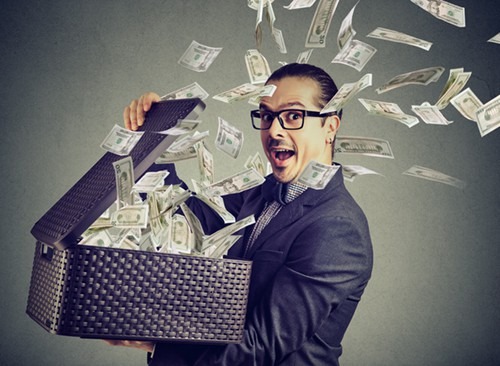 In a recent public opinion poll, people we’re asked, which they would prefer;

Unexpectedly, for the author of this study, 97% of those who participated in the survey picked being rich and remaining unidentified.

Interestingly, the results of this poll don’t surprise me at all.  Of all the thousands of people who have consulted with me over the last 10 years, none of them have ever expressed a desire to be or to become famous.  Yet every one of them have expressed a deep desire to become wealthier.  I believe that is because people, for the most part, have this innate appreciation for money, knowing that it represents the service and value created and provided to others, when attained honestly.  Fame, on the other hand, is fickle.  It is based on the whims of the times and can vanish in a flash.  More importantly, people inherently know that money is a tool which, when managed well, can reduce and remove a lot of pain and unnecessary suffering in the world.

Yes, it is delightfully true that most people in the world are not so narcissistic that the only thing they can think about is what others think about them.  And because of this fact, the world, and especially the American experiment, has been as effective as it has been.  Benjamin Franklin told Europeans who wanted to come to America that “Everybody works in America.” And that is a good thing to remember because it is this work ethic that has created the growth and prosperity that we now enjoy throughout the world.

Fascinatingly, in this study it wasn’t a simple question of, fame versus fortune, it was fame and fortune versus fortune with no fame. And yes, today, more than ever it seems there are those who desire to be famous and wealthy but don’t want to put the work that is required to become either.  The results of this attitude can be seen in the number of lotteries and gaming establishments that have become more and more common and acceptable.

Another subgroup found in this 3%, are those who believe that their fame and fortune can be attained via Social Media.  These folks often take a stand, for or against a controversial issue, in attempts to exploit it for their own self-serving purposes.  Fascinatingly, most find out rather quickly that it takes too much work to become famous enough for the riches to pour in.  And so most give up their Social Media marketing schemes long before fame or riches descend upon them.

However, there are two sister professions that fall into the 3% group which are reputed by many as being the oldest professions in the world.  These sisters are none other than, the money changers and prostitution.  Both seem to employ a unique part of the human race and both seem to have been able to attain a considerable amount of money, albeit at the expense of the vulnerability of others.

Of course, everyone understands how prostitution works and why it remains so popular within certain subgroups of the population.  But what about money changers, i.e., money lenders, stock brokers, bankers, fee-based advisors, tax collectors, etc.?  How have they positioned themselves to profit off nearly every financial transaction that occurs in the world while really providing a dis-service to those whom they collect their profits from?  Obviously, they have been able to do so only with persuasive marketing and extensive lobbying. Anyone interested in knowing how the money changers infiltrated the American Experiment, an absolutely colossal coup, can read “Creature from Jekyll Island” by Edward Griffin.  But the fact remains, money changers and prostitution both take from their cliental something that is not theirs and something which can never be replaced or restored to its former value, regardless of how willing the cliental is.

That is why it is important to become your own money manager.  When you allow a money changer to manage your money they will take something from you that can never be replaced or restored to its former value.  Jack Bogle the founder of Vanguard Mutual Fund, has accurately stated that

With participating whole life insurance policies of mutual life insurance companies there are no money changers involved.  Your premium dollars are coupled together with all the premium payments of the other policy holders and invested.  As profits are realized they are divided up and shared with the policy owners after death benefit claims have been paid and the expenses of running the company are taken care of.  Guaranteed values are yours, contractually provided to you based on the history and strength of the insurance company itself.  And even the dividends, once they are paid, are no longer subject to being taken from you.

That is why, a participating whole life insurance policy can take average to better than average care of your premium dollars and also give you the opportunity to leverage your paid-up death benefit, so you can use it while you are still living.  With no hidden fees that will take from you what can never be replaced or restored, participating whole life is time proven and remains the sweetheart of the tax code. The cash value of the policy remains tax free as does the face value. Thus, you don’t have to report it to the IRS, so you can remain however anonymous you want to be, as it continues to increase your wealth.