Stop, Think and Do 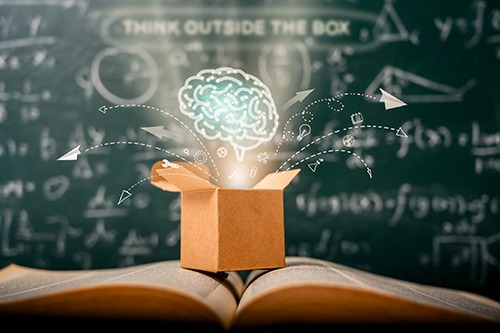 Mika Brzezinski, the co-host of MSNBC’s ‘Morning Joe’ show made this revealing comment when she felt threatened about her job security.

Whether you love her or hate her, is immaterial. This blatant admission, coming from Brzezinski, discloses the salacious fact that she and her colleagues earnestly believe it is their job to control what people think.  This makes the media a bunch of propagandists, not reporters. And as such, they see it as their duty to persuade the masses concerning a certain ideology rather than broadcasting the news and allowing the masses to determine what ideology through which they will filter that news .

The financial experts in and out of the media are no different.  Setting themselves up as the experts whose job it is to convince people to invest their money in certain products, or certain sectors of the market, they generate “reports” which back a certain ideology and belief system and vehemently oppose anything that could infringe upon their ideology.  This is a major problem for those Americans who have done exactly what they have been told to do instead of thinking and deciding for themselves what is best.

Wisdom attested thousands of years ago, “Those who diligently seek me shall find me.”  But most people are not diligent enough when it comes to seeking the wisdom which is necessary for sustainable money management.  Thus,

But it doesn’t have to be this way.  The old but extremely wise 10-20-70 principle, is ridiculed and scoffed at by most financial “experts” today.  But the truth is, it still works!

Obviously, sustainability is what wise money management creates.  The number of people who have, or will, make millions of dollars in their lifetime is huge.  But most of them have nothing to show for those millions generated, which confirms, they did NOT appreciate the wisdom behind the 10-20-70 principle.

Median annual income in the U.S. is $67,521.  Averaging $67,521 of income annually over 30 years means at least 50% of Americans today will earn over 2 million dollars between ages 30 and 60.  But, unfortunately, these same individuals who have earned over $2 million have only kept $65,000 of that for their retirement.  Why? Because they listened to financial “experts” who keep telling them what to do with their money instead of discovering what they personally needed to do in order to build sustainable wealth.

A 30-year-old today who follows the wisdom of the 10-20-70 principle and actually keeps 10% of what they make is guaranteed in a contract called participating whole life insurance, to have $213,410 by age 60.  They will also have had the opportunity to earn dividends on that whole life policy which could add another $4,000 to $8,000 a year to their retirement income, for life.  But this is just the beginning.

Shawn Tully, on September 20, 1993, outlined “The Real Key to Creating Wealth” in his article in Fortune Magazine.  Tully wisely explained that the key is to make sure and recover the cost of using your own money.  Tully fully understood that a dollar spent or lost today will end up costing you a large percentage of what you could have had if that dollar hadn’t been spent or lost.  For example:

The wisdom of owning participating whole life is that it provides a warehouse to store your money while you can still leverage it and use it, where need be, without losing the guaranteed growth and dividends the policy provides.  This little piece of wisdom, which the experts ridicule or ignore, becomes a huge money management tool, providing the average American the ability to control their own money and build sustainable wealth instead of having to trust the experts and have them destroy what little amount that can be saved today from the average income generated.

AT&T, Coca-Cola, Quaker Oats, Briggs and Stratton, CSX and many others have grown rich following Shawn Tully’s advice because it makes managers of these companies act like shareholders. And this is exactly what the financial experts don’t want to happen.  After all, it is their job to control what you think and do with your money. That’s how they make their money. But, that is NOT in your best interest.

If you long to be in control of your own financial future and are not afraid of taking responsibility and putting in the effort to manage you own money, call us, we can help you. We are well-known for the way we design and engineer participating whole life insurance policy(s) which can help you accomplish what Shawn Tully helped AT&T, Coca-Cola, Quaker Oats, Briggs and Stratton, CSX and many other companies do. And that is, become extremely wealthy by handling your money like it belongs to you and NOT following the advice of the “experts” who keep managing and losing your money for you.