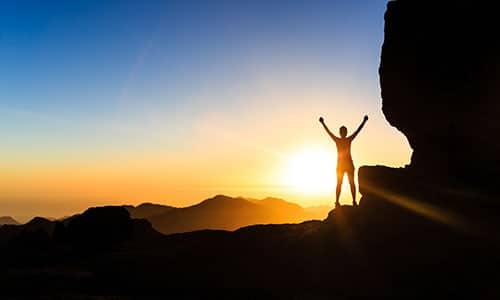 Success is a curious concept. In America, being successful is typically associated with being well known or popular, being fairly assured of yourself, and being relatively nonchalant about money or, at least, the spending of money.

Recently, while doing some research, I discovered a paper that described three things that differentiate those who succeed from those who don’t.  Encouragingly, it had nothing to do with, nationality, race or religion, though certain races, religious groups and nationalities do tend to succeed far above others.  Captivatingly though, the commonality found in those who succeed versus those who don’t succeed has more to do with values, beliefs and attitudes rather than race, religion, ethnicity or country of origin.

Attractively, the most outstanding finding is that those who succeed most are those who have a belief in themselves.  In fact, they have a feeling of superiority, knowing deep inside that they are unique and have something to offer the world that nobody else has to offer.  Strikingly, with this feeling of superiority comes an obligatory duty to become extraordinary and rise above the status quo.

Secondly, and most astonishingly, successful people have a feeling of insecurity or inadequacy. This inferiority complex is a driving force that keeps them motivated.  And so, with an unpretentious determination, they focus on removing each and every obstacle associated with their insecurity and inadequacy so that they can fulfill their mission in life…providing what nobody else can possibly provide.

Finally, those who enjoy the most success in life are those who trade in their impulsiveness for the more fulfilling and complete accomplishments that are resultant to practicing restraint and self-control.

This disciplined approach to life allows successful people to overcome the excessive, feel-good, here-and-now limitations that might ensnare those who are otherwise unaware.  By pulling back the curtain of materialism and exposing the real reasons we humans occupy this planet, successful people go beyond avarice and truly experience fulfillment and contentment, both of which are a huge part of success.

Interestingly enough, any one of these three values and beliefs concerning successful people could spell disaster instead of success without the balance that all three together provide.  Imagine the undisciplined, self-superior individual or snob doing anything beneficial for anybody.  Or think of the insecure, undisciplined, mousy individual who is too afraid to step outside their self-erected self-defenses to accomplish anything for themselves, let alone anybody else.  And of course, everyone knows at least one disciplinarian who is so rigid and intolerant that they attempt to rule anybody and everybody or kill themselves trying.

And therein lies the distinctiveness that marks the path to success. Extraordinariness, unpretentiousness and discipline.  It isn’t magic!  It is action.  Action that is taken based on your values, beliefs and attitudes. That is why America still affords you the opportunity to become as successful as you want to become…because success has nothing to do with being well known or popular, being self-assured, or even nonchalant about money or the spending of money.  Becoming successful is really just expressing your uniqueness and knowing you aren’t, and never will be, better than anybody else. And of course, realizing that money can never buy you love, friendship or happiness.

Here’s to your success!