“Taxes” How to Profit More When YOU Pay Them 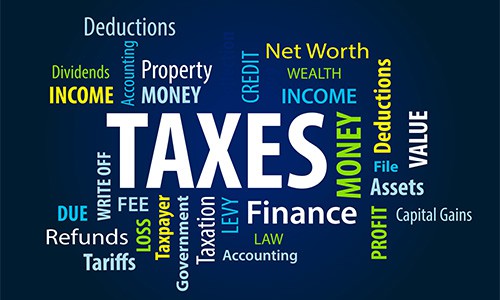 “The power to tax is the power to destroy,” Chief Justice John Marshall wrote. And today it remains the truth.

This is the time of year everyone is talking about taxes.  Taxes owed, taxes paid, taxes deferred, taxes projected. But nobody talks much about profiting when paying your taxes.

The humorist Dave Barry hit a sensitive spot when he joked, “Print neatly, it the kind of advice that the IRS considers a dynamite tax tip.  If you ask them a real tax question, such as how you can cheat, they’re useless.”

The famous late judge, Learned Hand, reported this.  “In America, there are two tax systems: One for the informed and one for the uninformed.  Both are legal.

The bottom line is you need to pay your taxes because Catherine La Croix’s observation was absolutely correct, “Al Capone didn’t get busted for all the murders, he was convicted for tax evasion.”

Even so, Albert Einstein perceived correctly, “The hardest thing in the world to understand is the income tax.”

And maybe that is why John Maynard Keynes the founder of Keynesian Economic Theory noted, “The avoidance of taxes is the only intellectual pursuit that carries any reward.”

So here is the first take home message “Collecting more taxes than is absolutely necessary is legalized robbery.”  And the second take home message is this.  “No matter what anyone may say about making the rich and the corporations pay taxes, in the end they come out of the people who toil.” [i]

That is why Barack Obama once stated, “I will eliminate the capital-gains tax for businesses and the startup that will create the high-wage, high-tech jobs of tomorrow.”  And even Obama predecessor George W. Bush had this fact nailed, “The rich hire lawyers and accountants for a reason—to pass the tax bill on to you.”

So are you still interested in how you can profit from paying your taxes?  Call and speak to one of our wealth team members to see if you want to be one of the informed or one of the uninformed.  Both are legal one is just more profitable than the other.