The Moral Code of Humanity… 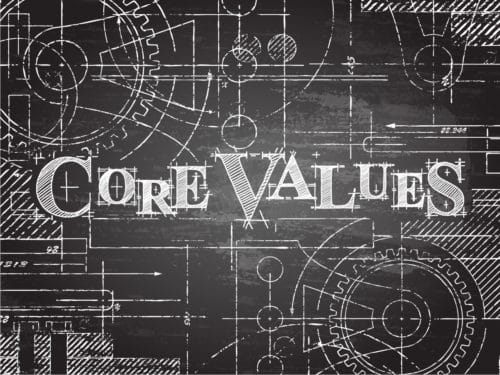 And How Adherence to that Code Generates Productivity and Prosperity

We, mistakenly, have been led to believe that freedom, autonomy and voluntary association, along with free trade can be fair and balanced without all parties involved respecting the same moral code.  This is not only ridiculous but irresponsible.

Without mutual respect for a moral code, less freedom, autonomy and voluntary association becomes inevitable.  Chaos, elitism, and other things that degrade human value run rampant.  Unfortunately, in our post-modern world, there no longer exists any respect for a moral code.   Instead, relativism has become the new standard.  And the problem with relativism is that, if you get what you want in life, regardless of what it costs society or any another individual, it’s game on.

This post-modern world view dominates social, religious, political and economic behavior.  It does so because we have failed to share and pass on the moral code that built America into the greatest country this world has ever known.  That moral code is, “Do unto others as you would have done unto you.”

For this reason, Republicans, Democrats and Libertarians, who all once extoled the virtues of laissez-faire, have become nothing more than a ruse.  Having lost their guiding light, this absolute moral code, Republicans, Democrats and Libertarians alike, have morphed into mere factions of a cruel hoax.  A hoax focused on how they can exploit others for their own profits and power.

Obviously, until Republicans, Democrats and Libertarians realize that they have violated this sacred moral code, the code which led the western world to adopt the Magna Carta, the United States to draft the U.S. Constitution and the colonists to ratify the Bill of Rights, then they will continue to be part of the problem, not part of the solution.  And that is because this moral code originated from none other than our Creator, who understands human behavior like none other.

That is why this same Creator gave explicit instructions saying, “Make sure you don’t forget God…when you’ve eaten and are satisfied, have built houses and are settled, when your job is secure and you keep earning more and more money, and your standard of living keeps rising.  At that time, ensure that you don’t become so full of yourself that you forget God. Because I AM on record and give you firm warning: that will be the end of you, your total destruction.  Disaster will destroy you just like all the other nations who have gone before you.  Because they forgot to follow the moral code God gave them.”[i]

Today, America has eaten well.  We have built our homes and have become self-satisfied. Our standard of living has never been higher, even for those who refuse to work.  All people: Republicans, Democrats and Libertarians alike, look to government instead of God for solutions.   But today’s economic, social and humanitarian issues won’t be solved by government or any other human intervention.  No, that will take a return to the Creator who wrote the moral operating code for all:  Do unto others as you would have done unto you.

Adherence to this moral code motivates individuals to unite together for the benefit of all.  This mutuality creates a more-sure way to care, protect and provide for those who are less fortunate, afflicted, or suffering a loss, while at the same time builds a better world that lifts up the standard of living for all.  By pulling together, individuals have discovered that they are able to become stronger, more productive and more sustainable than if they stood alone.

This voluntary association, which the moral code encourages, has been the boundless strength of not only America but of corporations, mutual societies, churches and mutually owned insurance companies.  And as all of us don’t have opportunity to collectively unite outside of owning mutual whole life insurance, this ownership provides each of us with an immense amount of leverage to protect and provide for ourselves that otherwise would be unavailable.

And so, it comes as no surprise, that those who exercise their right to own and to leverage participating whole life insurance are amongst the most productive and prosperous among us. Participating Whole Life insurance is merely an adherence to a moral code that was given to guide all humanity.