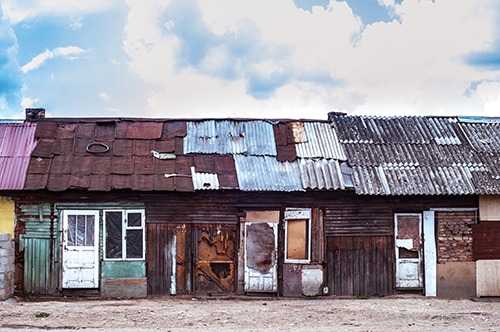 Jesus said it, and we believed it. Which means we really didn’t need the recent Rice University study done by economists John Diamond and George Zodrow. They proved the side effects of raising the marginal tax rate, increasing the capital gain tax rate, repealing the 20% pass-through deduction and dropping certain expensing provisions, including treating capital gains as income for those who earn over $1 Million annually, which will kill a million jobs.  It will also shrink our GDP by at least $117 Billion over the first 2 years and add another $80 Billion to losses on investments. Government’s assure we will always have the poor with us.

Except for number five, all of these reasons can be overcome by anyone living in America. And remarkably, there are many who suffer challenging disabilities who are more productive than those without any disabilities at all. Furthermore, every person who has allowed one of the top four reasons to become their excuse for lack of production becomes more unproductive when they allow government to attempt to remedy these problems.

In 1964 President Johnson declared an “…unconditional war over poverty in America.”  Nearly 60 years later we have an even bigger poverty problem in America than we did in 1964 despite taxpayers having spent $22 trillion on anti-poverty programs, Social Security and Medicare not included.  Adjusted for inflation $22 trillion is three times more money than what has been spent on all wars fought in U.S. history including our Revolutionary War with England.

Interestingly enough, the U.S. Department of Labor shows that statistically poor families spend $2.40 for every $1.00 of their reported income.  This proves that many poor families are under reporting or falsifying their true income.  Statistics show this false income report is not by accident but is declared for the benefit of receiving continued taxpayer subsidies.

Currently, in the United States, 96% of poor families report their children are never hungry and 82% of the parents in these families report the same thing concerning themselves.  The U.S. Department of Agriculture has confirmed that as a group, the poor in America are far from being undernourished and actually consume more protein than many higher-income families.  On average, 18- and 19-year-olds from poor families today, are one inch taller than our soldiers who stormed the beaches of Normandy back in World War II.

Medical care and housing for the poor in America is better than in Sweden, France, Germany or Great Britain and by their own report, the average person who take government assistance, states they have sufficient funds to meet all their essential needs including medical care.

So why do progressives continue to push for more taxpayer funds to hand out to the unproductive in society?  There can be only one reason and one reason alone…to lower the standard of living of productive people so government can retain a greater control over their lives.

The only problem with this confiscation and redistribution game is that productive people are just as selfish as nonproductive people.  Productive people want to enjoy the fruits of their labors and don’t take kindly to not being able to do so.  Therefore, when productivity is confiscated at a rate unacceptable to those who are producing, production will halt, and everyone will suffer.  A leech is only able to live as long as the host is able to produce.  Once the host stops producing the leech dies, as does the host.  Rome’s wealth was originally in the form of land confiscated by war.  But their wealth was soon generated by taxation when their conquering has subsided.  Amassing a fortune of over $1.7 Billion in gold and silver by 14 A.D., Rome fell due to taxation and government spending.  By 800 A.D Rome had $165 thousand worth of gold and silver in its coffers.  Many landowners, unable to afford to pay the taxes levied against them by the Roman government, sold themselves as slaves to the state so they would be “free” from owing any taxes.

This is exactly where unproductive people find themselves today. Thinking themselves to be free, they avoid taxes because they have become enslaved to the government for their standard of living.  But just like Rome, any government that taxes the productive, while exempting and subsidizing the unproductive, will collapse. It only takes time.

At Life Benefits, we use a financial formula to help people be more productive because we value freedom.  Work, mutual respect for others, education and faith are all part of becoming and remaining productive and free.  Don’t become a slave to government.  Learn how to keep more of what you produce so that you can build sustainable wealth.

It is true, “The poor you will always have with you.”  And “The best thing you can do for the poor is not to become one of them.”  There is nothing wrong with enjoying the fruits of your labor. Don’t let anyone, including government, make you feel guilty for doing so.   “The hard worker should be the first to partake in the fruits of his labors.”