To Hell and Back Again 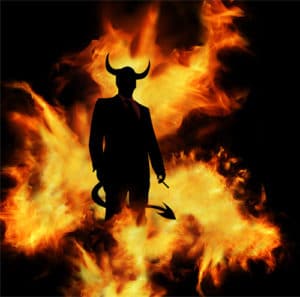 Returning from Cuba, the former paradise of the Caribbean, I have to tell you, “Socialism doesn’t work!”

It is hard to believe what 60 years of Socialism can do.   The once magnificent buildings, the state of the art harbors, the splendid roads and railways, the impressive electrical grid and power stations, and the sugar and tobacco farms, are now all in ruins. It brings tears to your soul to see people that have seen the best that life has to offer and are now forced to live in a hell hole.

Their magnificent buildings have not been maintained and are now dilapidated. Their formerly thriving harbors are full of debris and their terminals are all stripped of roofing, doors, and windows; while electric fences and human guards now prohibit any entrance. As you walk and ride through the streets, you do so carefully to avoid the feces, decaying garbage and filth that is the result of a broken sanitation service.  The lamp post and utility boxes willingly expose their wires to all that pass by, as their covers have long been gone, and they are now trash receptacles.

Speaking of their trash receptacles, a hint at some former glorious era of health and hygiene, they stand full of garbage without liners with no way of removing the garbage without manually reaching in and removing it.  And apparently, this hasn’t been done for some time.

We found some of the people themselves to be friendly and kind, and they express a love for the United States, but they lack spirit.  And who can blame them?  Appearing mollified, they sit in broken down doorways, wonder the streets, or work randomly at cleaning up the mess they live in.  With free health care, food, wages and education, most of them have college degrees but have found those diplomas quite useless because the government controls the wage you can earn.  Even the highly-educated people, like doctors, only earn about $60 a month while housing costs $100 a month. This forces people to live together in houses that were built for one family but have been assigned common areas for cooking, eating, hanging laundry and storage of any personal goods (which are few and sparse.)

Cuban grocery stores have lines but not many groceries!  Individuals line up to receive their allotted meat, bread, butter, cheese, rice etc. There literally is NO shopping.  They show up with their ration cards and pay for their allotted food with a currency that only Cubans can use.  All the money that tourists spend in Cuba, goes to the government and the government can keep track of it easily enough because it is a different kind of money than what Cubans are allowed to use.  Naturally, everyone gets their bottle of rum and cigarettes, the government has to keep the masses pacified.

For anyone that believes Socialism works, they should be required to spend a week in Cuba, living as a Cuban citizen, not an elite member of the Cuban government or as a tourist. If that doesn’t cure them nothing will.

So how do things happen like what happened to Cuba?  They happen because there are people in the world that believe they know better how to run your life than you do.  They might say it isn’t fair that some have an abundance while others have little.  And they advocate that the ones with an abundance should be forced to share what they have with those who have so little.

While this all sounds appealing and wonderfully fair, that isn’t how the world works because there have been, and always will be, people who will demand that they are more qualified to determine who pays more and who keeps more.  History proves that these same people never disqualify themselves from keeping more of what they are supposedly taking for redistribution.  So, even though it might sound appealing and fair, the devil is in the details and the details are that greed is a part of human nature and whoever controls the system will keep more than their fair share, always.

Many realize that Socialism doesn’t work.  When it comes to life insurance, you must understand that it doesn’t work there either. Some agents and companies really push certain types of life insurance or policy designs that expose you to more risk because it makes more money for them.  In other words, they collect from your abundance and redistribute it for themselves, instead of allowing you to use it to express your values.  And that is no different than what has happened and is happening in Cuba.

Eli Cohen once said, “Hell begins when you meet the person you could have been.”  You might add that hell is paid when you and your money (goods and services) are parted for no other reason than that someone else decided that you had more than your fair share.

You don’t need to go to Hell and Back to fully appreciate that keeping and managing more of your money permits you to express the values you believe in better than when your money, goods, and services are taken from you. Finally, Socialism doesn’t work except for those who assume the responsibility of deciding what is fair for you to keep and then proceed to confiscate and redistribute your wealth to themselves and/or others.  And that goes for life insurance as well as for government programs.