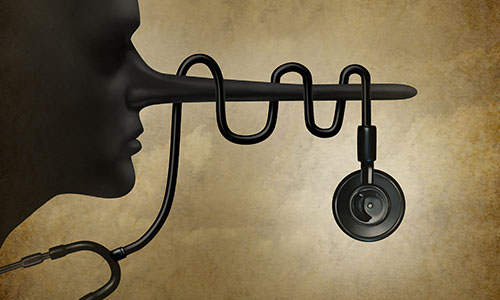 As hard as might be to believe doctors to do tell lies.  And their lies cost the lives of a lot of people as well as a lot of money.

Hi I’m Dr. Tomas McFie and I’ve been a doctor for over 30 years.  I don’t practice anymore because I learned that there are things that I can do to help people be healthier, happier and more productive by sharing what I had to learn the hard way.  And that is that money is like blood.  But I’ll tell you more about that in a moment.

According to best selling author of Real Cause, Real Cure Dr. Jacob Teitelbaum M.D., lie number one,  is; “Your condition is the result of anxiety or depression.”  This lie is so common that anti-depressants are second only to antibiotics as the medicine prescribed most often!

The second lie is due to arrogance because the doctors who tell this lie are narcissists, placing themselves and their own importance above your health and well being. This lie may not be flat out spoken but it certainly implied in many circumstances.  This, in essence is what the second lie is all about. “If you are consulting with someone who doesn’t have an M.D. behind his/her name then you are consulting with a quack or a charlatan.”

Lie number three is just as derogatory as the first two lies. But frankly the third whopper kills more people because it ends up being much more invasive than lies one or two.  So beware when a doctor tells you, “The more tests we do the better off you’ll be,” or something along those lines.  More tests and analytics often mean that the doctor doesn’t have a clue what is going on but is doing his/her very best to legally protect his/her liability.

Frequently the fourth falsehood is fabricated because the doctor is afraid that you might not need to see him/her as often if you don’t believe this lie, which runs as follows, “You don’t need to change your diet or your lifestyle just take this pill, have this procedure or get this surgery and you’ll be fine.”

Fib number five is, “If you get a second opinion it just proves you don’t trust me.”  What a psychotic lie!  Yet, my ears still ring when remembering what a cardiologist told a friend of mine who tipped the scales at 280lbs and was having some minor chest pains.  This surgeon told my friend that he would rather carry my friend up and down the hospital stairs all night than to risk my friend getting a second opinion.  My friend died on his operating table early the next morning needlessly.

Recently, another friend of mine had this fifth fib expressed to him by his go-to guy concerning his financial accounts.  My friend had consulted another advisor as well as myself to make sure his understanding was clear and level headed.

Well his go-to guy got all ruffled up because things weren’t going exactly like they should have been. And instead of owning up to his blunders attacked my friend calling him stupid and telling him that by consulting others proved it was obvious he lacked the trust needed to keep their relationship going.

What a bunch of bunk!   Whose money is it anyway?  And who needs to better understand exactly what is happening than my friend?  These psychotic folks regardless if they are doctors or financial advisors, need to get lost and stop messing with peoples minds and emotions.

So if your go-to guy feels so threatened that he can’t face off with another advisor or two about what is going on with your money then tell him/her to crawl into a hole!  Insulting people is the only stupid thing going on when someone resorts to fib number five.  Stay clear!  This fib can be fatal.

The fourth financial fairytale is no better than the fourth most common lie that doctors tell their patients.  And all you have to do to hear this lie is to turn on the radio, Google the World Wide Web, watch Television or listen to anybody who parrots these ridiculous, impractical and silly sources because there are plenty of blatant brazen bullies out there who will tell you that all you have to do is take this magic pill or drug called “buy term insurance and invest the difference.”  But the statistics collected on the victims of this magic pill prove otherwise.  If fact there are NO facts anywhere that can come even close to matching what these bald-faced blowhards are telling people to do with their money.  And if you trust them you might as well invest in that beachfront property in Arizona because at least you’d have a place to camp out when they lose all your money for you.

Tests and analytics are another falsehood that creates a dangerous scenario because it makes you feel that the one ordering or reading the test or analytic knows more than they actually do.

Too often tests and analytics are a smoke screen that doctors and financial advisors hide behind instead of doing things that actually help their patient or client get to where they need or want to go.

When the second lie about credentials it used I can only blame the person gullible enough to believe in letter after a persons name instead of the results that a person has provided.  Basically it comes down to this. Credentials are a dime a dozen.

Seldom have degrees and letters written after a persons name proven the worth of the person who’s name they follow.  What really matters is who has been helped, harmed or otherwise from the advice being provided.  People call our office daily to share how they have been misled, misinformed or destroyed by advice taken from well-credentialed advisors.  Credentials are not a bad thing own but when someone has to hide behind their credentials in order to persuade you to spend or invest your money, be extremely careful.  In fact you might find running away from them as fast as you can a money saving effort.  What works is the most important thing to consider not what some credentialed person says will work.

But the biggest whopper of them all is blaming “anxiety or depression” for general and/or specific conditions.  Anxiety and depression propaganda is constantly being used in the financial world.  Fabricating urgency and/or anxiety gets people to spend their money!  And the people who spend their money in this way often do so without proper consideration and forethought.  That’s why the propaganda of anxiety and depression are so commonly used.

At the same time the best defense against anxiety and depression propaganda is guarantees.  Guarantees are so important that you must insist on them dealing with any financial advisor or money manager.  But guarantees are very confounding to many financial advisors and self-centered gurus because they simply can’t wrap their devious brain around the fact that a small guarantee can out perform a much larger speculation in spite of any depression/recession that comes along.

Of course YOU will always have less anxiety by using guarantees instead of anticipating speculative returns that may or may not happen.  That is because guarantees are like the axiom “killing two birds with one stone”…you kill the anxiety you face if you don’t have a guarantee AND you avoid the negative results of any depression or recession that the propagandist want you to fear instead of prepare for.