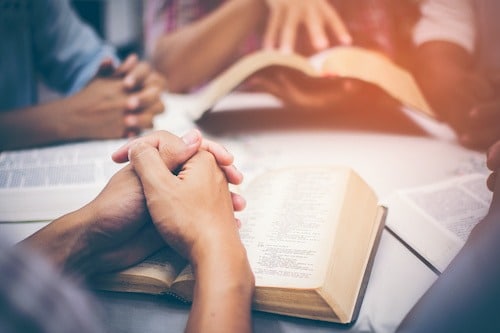 The idea that one can prosper without contributing to society is an idea that seems to prevail today.  People want to:

On top of all this, these people call themselves progressives!  But such attitudes and actions have never stimulated progress, namely because they are base and degrading.  In fact, such traits are barbaric and trample upon personal rights, as well as the property of others, without any regard or mutual respect for their fellow man.

Mutual respect is a necessary ingredient for any society that wants to grow.  Without mutual respect, society becomes a dog-eat-dog fight, and the dog who has had the most to eat wins that fight leaving all others to fend for themselves, scrounging enough to hopefully survive.  This means the rich keep getting richer and the poor keep getting poorer.

Work, another dirty word for progressives, is as necessary for a thriving economy as mutual respect.  Work is simply the energy necessarily expended in order to begin and complete an undertaking.  Without work, economy is thrown out the door, which is much like throwing the baby out with the bathwater.  Without work (energy expended) everything is reduced to the poorest level, meaning the poor become poorer and the rich become poorer as well, as the work required to produce those things desired by the wealthier class is lacking.

When work is rewarded and not degraded, the relative poorer classes are given the opportunity to create value which others willingly exchange the wealth they possess to obtain, thus providing greater wealth and prosperity for all classes.  This creates an upward mobility in society that empowers all classes of people to attain greater prosperity.

Faith is another attribute that is essential to prosperity.  Without a belief in what the future might hold, few if any would dare risk working today, expending energy, to make that future brighter for themselves or others.  It is this faith and hope in the future that may well be the most motivating factor in stimulating an economy.  Why else would one risk what one has today on an unknown future?  As Solomon stated, “Without a vision the people perish.”[i]

“All hard work brings a profit but mere speculation or talk produces ruin.”[ii]  Today we have a myriad of politicians and talking heads telling us that mutual respect, hard work, and faith are obsolete. They tell us that we have attained such abundance in our society that all that is necessary is to disrespect those who have wealth, redistribute that wealth to those who have refused to expend the energy necessary to produce anything of value and then the future will be wonderful for everybody.

But all such imaginations are deceptive misrepresentations.  Without mutual respect for others, including their personal assets, without personal expenditure of energy (i.e., work) to produce something of value, and without faith to envision a future that can be even more abundant than today, all progress will cease and entropy will destroy even what abundance humanity has been able to attain!

Instead of progressively moving forward towards a more abundant and prosperous society, these imaginations, if acted upon, will only serve to digressively move society backwards towards the darker nature of humanity, which was a barbaric society totally dependent upon expending all one’s energies in taking from others in order to survive the day, thus leaving no energy left to envision what a future beyond the present could possibly look like.

Yes, mutual respect, hard work, and faith are the necessary ingredients to a better, more productive, and abundant society…a society that provides greater prosperity which can be enjoyed by all instead of a barbaric society where only a few can survive and then only at the expense of others.