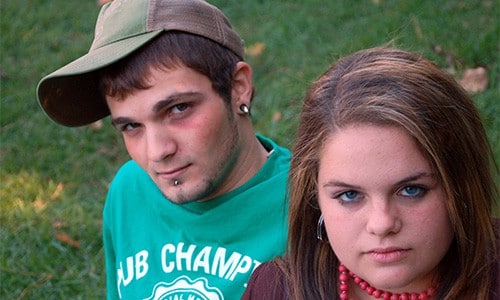 Inequalities will exist in every society regardless of how much confiscation and redistribution government does to equalize the so-called imbalance of wealth.  Such inequalities are universal laws at work, which are never overcome without engaging the counter universal law that is found in nature that overcomes them.   For example: An airplane overcomes the law of gravity by engaging the law of lift; music overcomes decrescendo by engaging crescendo; and a lower income is overcome by a higher income, which is produced by the law of industry (or work.)

Certain people and/or groups of people have and always will want what you have. Nevertheless history proves that most will resist doing what you had to do to get to where you are, and they don’t want to have to overcome what you have had to overcome to accomplish what you have accomplished. Alongside this there are those who, unfortunately, will always be among the unable due to a disability, mental illness or other misfortune and will need others to look after their best interests.  But for the most part it remains the unwilling not the unable who complain about being underpaid.

The resistance towards industry that is so rampant throughout society today, not just on college campuses, is the result of a faulty belief system that something can actually come from nothing.  This mentality is as old as Cain and Able and it encourages, among other things, a sense of entitlement, speculation, gaming, and other get rich quick schemes.  Conversely, recall that Cain wanted it all and consequently killed Able thinking he would indeed inherit the earth and all that is contained.  But what he got was something extremely different than the utopia he envisioned.  And the consequences that the universe will require of those demanding higher wages, free tuition and gratis medical care will be no different that what Cain received because of his malicious endeavor to inherit the earth and all that is contained.

If everybody would arduously spend as much time and effort developing relationships, capable skills and a hard work ethic as they do in their bidding society to supply for them what they should and could supply for themselves, they would find themselves much more satisfied, fulfilled and ultimately in possession of the riches and wealth they are yearning for.

“Nothing comes from nothing, nothing every could.”[i]  Is the law of the universe, and any attempts to shortcut this law without embracing and engaging the opposing law of industry, which consists of hard work, will ultimately face the dire consequences that inevitably come when the laws of the universe are ignored.

Each of us has been fortunate enough to be given the opportunity to live on this planet.  That gift finds each of us naked as we began this journey of life.  What we do to overcome that nakedness depends largely on how much we embrace the universal law of hard work and industry.  The law of entropy… “the gradual decline, decomposition and decay of all things”, must be overcome with the law of hard work and industry if we are to enjoy and thrive with our gift of life.

Today 75 million families embrace the knowledge that industry, hard work and relationships (i.e., mutual contracts with other people sharing common interests… participating whole life insurance) are critical in building, maintaining and establishing wealth. But alas another 58 million families persist in craving that they too had relied more on mutual relationships (participating whole life insurance contracts) to meet their needs[ii] rather than depending on government and other speculative, get rich quick schemes.  On top of that, another 15% of U.S. families have simply ignored doing anything to build, maintain or establish any type of wealth and are plainly standing stark naked economically.[iii] Perhaps this is because they believe that something can and will come from nothing.  Especially if they demonstrate, march or vote for the right political candidate.

Andrew Carnegie once alleged, “Life Insurance is the fourth pillar of Americanism” because it provides the average American the ability to build, maintain and create wealth.  If you or someone you know doesn’t own participating whole life insurance give us a call 702-660-7000. We can help.

[i] Something Good lyrics:  The Sound of Music

[iii] Board of Governors of the Federal Reserve System: Report on Economic Well Being of US Households October, 30, 2014