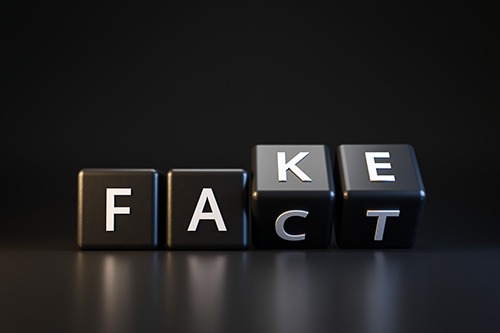 I can still hear Nelson Nash’s Birmingham drawl, telling those in attendance of the many workshops we hosted with him, “We live in a world of lies.”  Wow!  How true that statement was and still is.

Today we find ourselves informed that “Gain of Function Research” WAS being sponsored by the most highly paid Federal Employee, Anthony Fauci,” even though he rebuked Senator Rand Paul for daring to associate him with such unscrupulous research during his Senate hearing.

Today we have been told that the “jab” isn’t necessary for the millions of immigrants who are coming into our country “because they don’t intend to stay here,” and yet we are classified as second rate citizens if we don’t toe-the-line and get jabbed.

Today 68 countries and 2947 counties in the United States have documented that the jab actually increases the risk of new Covid-19 infections and that there is  “no discernable relationship between percentage of population fully vaccinated and a reduction of new Covid-19 cases. ”

What other lies have we been told?  What about White House Chief of Staff Ron Klain telling this big whopper? “Most of the economic problems we’re facing (inflation, supply chains, etc.) are high class problems.  We wouldn’t have them if unemployment was still 10%.”  What a bald face lie!  Price increases hurt poor and middle-class families, seniors and those who saved money for tomorrow.

The oversold concept of having a $1 million dollars in savings to sustain you in retirement is another falsehood that has been conveyed way too often.  Today, a million dollars won’t last very long, especially if long term care is on the horizon for you, your spouse or either of your parents.  A million dollars earning the average rate of return which has been earned over the last 23 years will be reduced to $0.00 by year 16 if only $75,000 is used from this account annually.  Add the cost of long-term care to that $75,000 and the number of years $1million will last is drastically reduced.  The $1million retirement account lie is exposed for what it truly is when you realize that at age 65 most Americans have another 19 to 21 years of life to live.  Running out of money at age 81 but having to try and exist on just Social Security payments until age 84, 90 or 100, isn’t exactly what your favorite financial planner told you a $1million portfolio would do for your retirement.

The truth is that nobody knows the future and therefore nobody can predict what will happen in the future.  Whether the highest paid government employee is lying to us about the research he is involved in, or we are being told the “jab” will stop the spread, the truth will come out just as it is now.  Truth provides consistency and therefore sustainability.  The truth allows you and I to make logical instead of emotional decisions and not just about our health and longevity, but about our finances as well.

Our form of society in American was built on protecting and encouraging truthful and honest transaction with one another.  Honesty and truthfulness builds trust and trust provides the strength we all need to endure whatever the future holds.

Contracts are a guaranteed way to protect and encourage the truth.  Understanding what a contract states is therefore very important in protecting your best interests while limiting or eliminating your exposure to the world of lies we live in.

Today you have the right to use a unilateral contract (a contract which can’t be altered by anybody except you).  This contract is formed between you and an insurance company that guarantees the surrender value of your life insurance policy will increase to become greater than what you paid for your life insurance on a specific date in the future. This means that you are protected from losing money if you abide by the agreements laid out in the unilateral contract.

In addition to this protection and guarantee, you also will be allowed to participate in the profits of the insurance company annually.  What these profits will be is not known today, as nobody knows the future, but historically they have been significant.  And once profits are shared with you, they too become protected by the contract, making sure you can’t lose what you have already gained.

The lie that there is “my truth” and “your truth” has marginalized what truth really is.  Such ideology is not only dangerous but leads to more and more lies being told from the highest places in government and finance.  But in reality truth is a constant, not an arbitrary or subjective thing.

A good contract defines the truth which both parties agree to uphold.  That is why participating whole life insurance contracts are such a powerful money tool. These contracts use specific truths not speculation.  They have consistently passed the test of time, and they have proven to be a wonderful place to store money with the guaranteed that the money will be there for you when you need it.

This is the truth and as Christ himself said, “The truth will set you free.”  Free from the cares of the market.  Free from the worries of the future and free from the fears that are holding you back from becoming all that He designed you to be.