The Connection of Western Civilization, Cancel Culture and Life Insurance 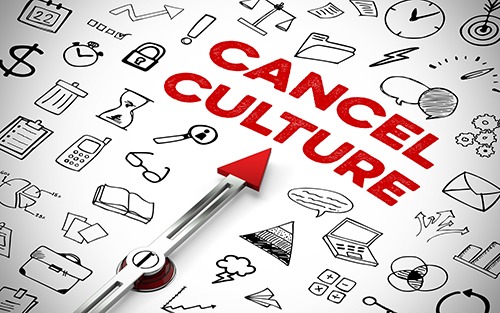 In 1923 a school of thought was founded in Frankfurt Germany which today is commonly referred to Critical Theory but was initially called The Frankfurt School.  The idea of Critical Theory was formulated by a group of Marxists who appreciated the fact that the Revolutionary Socialists had failed in Russia, and the Revisionist Marxist were fighting an endless war to advance Marxism by parliamentary gradualism. Thus, The Frankfurt School devised Freudo-Marxism which is a combination of Sigmund Freud’s and Karl Marx’s theories. Critical Theory implies everyone (except the theorists themselves) are mentally ill and need counseling or legal constraint to ensure society and economic prosperity will endure.

This merger of theories of Freud and Marx produced a destructive and rebellious resistance movement against Western Civilization where Western Civilization is defined as: “A synthesis of the best of what Roman, Judeo/Christian, Democracy and Classical Liberal heritage has provided humanity. In other words, it is based on the very principles on which the upward mobility of all peoples in all nations have benefited.

When Hitler came to power in Germany, though being a socialist himself, he renounced everybody who wasn’t a nationalist.  Thus, The Frankfurt School left Germany and emigrated to the United States, specifically to Columbia University, remaining there until 1949 when it returned to Frankfurt.

Groupthink is an Orwellian word where people are forced to embrace an ideology or political movement through peer pressure and/or legal means.

Cancel Culture, the purpose of Critical Theory, now controls the media, Hollywood, academia, politicians, and even many churches. It has pervaded families, corporations, technology, and produced state-run monopolies, bureaucracies and continually undermines Western Civilization values which are responsible for elevating the human race above mere survival to a life of abundance.

Life insurance is but one segment of abundance Western Civilization has produced.  Life insurance has allowed life to be lived with less financial stress and anxiety.  Beginning in the Roman Senate, life insurance was a cultured idea which was designed to take care of those loved even after the death of the provider.

Life insurance was then, and is today, like-minded people pooling together to help each other when times are the toughest.  Introduced, but not perfected by the Romans, life insurance continued to evolve throughout Western Civilization, taking the best and adding the best from generation to generation, until today we have a product which is based on actuarial science, protected by contractual law, and guaranteed by companies who sell those contracts.

But like all Western Civilization values, life insurance has taken some hits from the Cancel Culture movement.  Elliot Spencer, former attorney general of New York, who became the disgraced 54th governor of New York who resigned when caught in a federal prostitution sting, used his power to change laws and foster groupthink coercing people to devalue the moral duty of providing for ones’ family via life insurance and to contemplate ones’ own retirement or gratification instead.

Maybe Elliot Spencer watched The Apartment. This was one of Hollywood’s attempts at canceling life insurance culture.  In this movie, Jack Lemmon loans his apartment to Life Insurance Company executives so they can have a place to entertain their mistresses.

Double Indemnity was another Hollywood attack on life insurance as Fred MacMurray, a life insurance agent, falls in love with his client’s wife and together they plan to murder the client and collect the death benefit.

Is it any wonder why people today believe that life insurance is only for the next guy?

Cancel Culture, which is Critical Theory in action, has damaged upward mobility for more people worldwide, than any war every has.  In-as-much, a more accurate name for Cancel Culture would be “A Return to Barbarism with No Quarter Given.”

Humanity is best when people realize that people are not perfect but can do some pretty good things.  When culture adopts the good that is done and discards the bad that is committed, humanity progresses.  This is when all people rise.  But when culture tosses out the good because the good was accomplished by someone, or some group, who also did some bad, then every person ends up fighting for themselves because no one is good all the time. This is why Western Civilization honors the Golden Rule, “Do to others as you would have them do to you.”

Today, our culture is on the brink of becoming barbaric. This is evident to anyone who spends 10 minutes on social media, following elected politicians, watching the news or listening to a talk show.  The reason this is happening in our culture is because of Critical Theory. Critical Theory has redefined the meaning of family, rewritten our laws, destroyed long established morals and corrupted the values that built Western Civilization which produced the upward mobility of people from all walks of life and in every nation on the face of the earth.