“What Do You Believe In?” 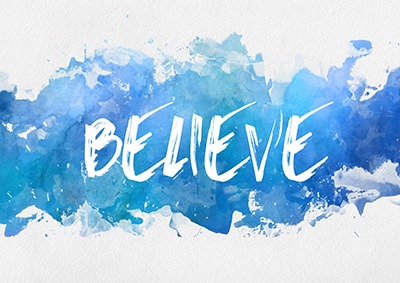 It is amazing what people believe in!  It begins when we’re young, back when we were told to believe in the Tooth Fairy, the Easter Bunny, Santa Claus or even Cupid, as if real. Real enough to make things happen which ordinarily couldn’t happen without truly believing.

As young adults we were told to believe in Academia.  In fact, we were told that attending University was more important than work because, we would earn more money with a University degree than without one.  This certainly hasn’t turned out to be true for the millions of Americans who still owe money on their student loans and have never worked in a field related to their college major.

Once out of school, we were told to believe in child tax credits, Social Security and Medicare. Such beliefs were supposed to take care of us better than we could take care of ourselves. But along the way government squandered the tax dollars they collected for these and other promises and destroyed the purchasing power of our dollar so that it has become more and more difficult for all of us to earn a living.

Finally, people have believed that paying off the home they live in to be one of the most valuable investments they will ever make, and that investing in the market is a necessity if you want to build a comfortable retirement.  Yet neither of these beliefs are necessarily true.  In fact, since 1890 (yes, 1890) money spent paying off your home would have produced a higher return if you could have earned a mere 1.4% on it, while an investment in the market would have earned you a whopping 3.750%, using historic data gleaned from the S & P 500 from January 1999 through January 2019.

So, what do you believe in?  Who can you trust? What can you do to overcome the beliefs in your life that just aren’t as real as you were told they would be?

Financial planners and investment advisors are required to take a licensing exam to be allowed to manage or advise you about how to invest your money.  During their licensing process each one of them are taught that the only way to provide guaranteed results is by using certain bank and life insurance products.  Interestingly enough, once they become licensed, they are required by their license to make sure that your money is placed in investments at the highest tolerable risk factor NOT in the most guaranteed places.

This creates quite a dilemma for those of you who believe your financial planner or investment advisor really has your best interest in mind.  Your belief could be as real as your belief that Santa Claus was real, but your belief will NOT make any difference in the final results.  Only guaranteed values give you the assurance that your results will be at least equal to what you believed you could achieve.

This is why we do what we do: Help people keep more of what they make in guaranteed participating whole life insurance contracts, because there is nothing worse than believing and then finding out that what you believed was a lie.