What Happened to Your Retirement 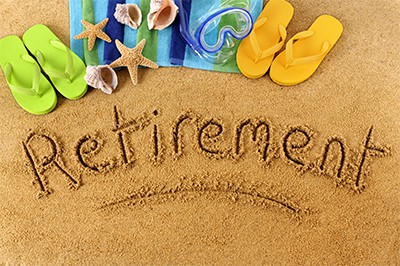 Millions of Americans are finding out the hard way that the money they were promised for their retirement is gone!  Which means it is NOT there for them.

That’s right.  People don’t want to talk or hear about it, but according to the latest research out of Boston College,

In plain words, that means 25% of employees in the United States, working in non-governmental corporate positions, will NOT get the money that they were promised to get when they retire.

But don’t assume that government employees are any better off because their pension plans are even less secure than the non-governmental employees’ pension plans.  Shockingly, according to Moody’s,

The simple reason for this crisis is, returns have been way lower than what they were projected to be.  Most pension funds require a minimal return of 8% annually to cover their liabilities. But 8% has been unattainable in the low interest rate environment we have been living in since the Dot-com bubble nearly 20 years ago.  Effectively, these low interest rates have destroyed the pensions of millions of Americans.  For example,

That is over 240 basis points off what was projected!  This pension plan insolvency issue is troubling, as many Americans continue to believe that their pension will provide the income they need to supplement their Social Security in retirement.  How shocking it will be when these employees find out there is no money left in their pension plans.

Terrifyingly, 401k and IRA contribution plans are no better. And the simple reason for this is,

Statistically, less than 1 out of 2 baby boomers has more than $100,000 saved in their IRA and 401(k) combined.[v] Furthermore, “those aged 55-64 have only an average of $120,000 saved.”[vi] And many believe, just like the experts running the pension plans, that they can earn a higher rate of return than what they actually do.  Most financial planners and experts will tell you to expect your average return to be somewhere close to what the S & P 500 has returned since its inception in 1928, 9.5%.[vii] In reality, however, the actual return investors have earned is 5.774%, which is 373 basis points less than expected.[viii]

Here’s the take home message for millions of Americans:

I can prove, beyond a reasonable doubt, that when you learn to become your own money manager and stop expecting the market, your employer, your IRA, your 401(k), your CPA, your Banker or some financial planner/investment advisor to take care of you and your money, you can secure a better financial life today and the retirement you deserve tomorrow.  But you have to take action!  Time is your best weapon but the longer you wait, the less time you have to work for you.  Pick up the phone and call 702-660-7000 right now and see how you can put the time you have left, to work for you and your future financial security…because you obviously can’t trust the government or anybody else to guarantee that security for you.